Jump to content
For other uses, see Praxis.
Process by which a theory, lesson, or skill is enacted, embodied, or realized

Praxis (from Ancient Greek: πρᾶξις, romanized: praxis) is the process by which a theory, lesson, or skill is enacted, embodied, or realized. "Praxis" may also refer to the act of engaging, applying, exercising, realizing, or practising ideas. This has been a recurrent topic in the field of philosophy, discussed in the writings of Plato, Aristotle, St. Augustine, Francis Bacon, Immanuel Kant, Søren Kierkegaard, Ludwig von Mises, Karl Marx, Antonio Gramsci, Martin Heidegger, Hannah Arendt, Jean-Paul Sartre, Paulo Freire, Murray Rothbard, and many others. It has meaning in the political, educational, spiritual and medical realms.

Young Hegelian August Cieszkowski was one of the earliest philosophers to use the term praxis to mean "action oriented towards changing society" in his 1838 work Prolegomena zur Historiosophie (Prolegomena to a Historiosophy).[4] Cieszkowski argued that while absolute truth had been achieved in the speculative philosophy of Hegel, the deep divisions and contradictions in man's consciousness could only be resolved through concrete practical activity that directly influences social life.[4] Although there is no evidence that Karl Marx himself read this book,[5] it may have had an indirect influence on his thought through the writings of his friend Moses Hess.[6][7] 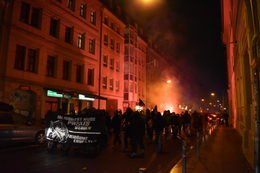 Marx uses the term "praxis" to refer to the free, universal, creative and self-creative activity through which man creates and changes his historical world and himself.[8] Praxis is an activity unique to man, which distinguishes him from all other beings.[8] The concept appears in two of Marx's early works: the Economic and Philosophical Manuscripts of 1844 and the Theses on Feuerbach (1845).[5] In the former work, Marx contrasts the free, conscious productive activity of human beings with the unconscious, compulsive production of animals.[5] He also affirms the primacy of praxis over theory, claiming that theoretical contradictions can only be resolved through practical activity.[5] In the latter work, revolutionary practice is a central theme:

The coincidence of the changing of circumstances and of human activity or self-change [Selbstveränderung] can be conceived and rationally understood only as revolutionary practice. (3rd thesis)[9]

All social life is essentially practical. All the mysteries which lead theory towards mysticism find their rational solution in human praxis and in the comprehension of this praxis. (8th thesis)[9]

Philosophers have hitherto only interpreted the world in various ways; the point is to change it. (11th thesis)[9]

Marx here criticizes the materialist philosophy of Ludwig Feuerbach for envisaging objects in a contemplative way. Marx argues that perception is itself a component of man's practical relationship to the world. To understand the world does not mean considering it from the outside, judging it morally or explaining it scientifically. Society cannot be changed by reformers who understand its needs, only by the revolutionary praxis of the mass whose interest coincides with that of society as a whole – the proletariat. This will be an act of society understanding itself, in which the subject changes the object by the very fact of understanding it.[10]

Seemingly inspired by the Theses, the nineteenth century socialist Antonio Labriola called Marxism the "philosophy of praxis".[11] This description of Marxism would appear again in Antonio Gramsci's Prison Notebooks[11] and the writings of the members of the Frankfurt School.[12][13] Praxis is also an important theme for Marxist thinkers such as Georg Lukacs, Karl Korsch, Karel Kosik and Henri Lefebvre, and was seen as the central concept of Marx's thought by Yugoslavia's Praxis School, which established a journal of that name in 1964.[13]

In the Critique of Dialectical Reason, Jean-Paul Sartre posits a view of individual praxis as the basis of human history.[14] In his view, praxis is an attempt to negate human need.[15] In a revision of Marxism and his earlier existentialism,[16] Sartre argues that the fundamental relation of human history is scarcity.[17] Conditions of scarcity generate competition for resources, exploitation of one over another and division of labor, which in its turn creates struggle between classes. Each individual experiences the other as a threat to his or her own survival and praxis; it is always a possibility that one's individual freedom limits another's.[18] Sartre recognizes both natural and man-made constraints on freedom: he calls the non-unified practical activity of humans the "practico-inert".[14] Sartre opposes to individual praxis a "group praxis" that fuses each individual to be accountable to each other in a common purpose.[19] Sartre sees a mass movement in a successful revolution as the best exemplar of such a fused group.[20]

In The Human Condition, Hannah Arendt argues that Western philosophy too often has focused on the contemplative life (vita contemplativa) and has neglected the active life (vita activa). This has led humanity to frequently miss much of the everyday relevance of philosophical ideas to real life.[21][22] For Arendt, praxis is the highest and most important level of the active life.[22] Thus, she argues that more philosophers need to engage in everyday political action or praxis, which she sees as the true realization of human freedom.[21] According to Arendt, our capacity to analyze ideas, wrestle with them, and engage in active praxis is what makes us uniquely human.

In Maurizio Passerin d'Etreves's estimation, "Arendt's theory of action and her revival of the ancient notion of praxis represent one of the most original contributions to twentieth century political thought. ... Moreover, by viewing action as a mode of human togetherness, Arendt is able to develop a conception of participatory democracy which stands in direct contrast to the bureaucratized and elitist forms of politics so characteristic of the modern epoch."[23]

Praxis is used by educators to describe a recurring passage through a cyclical process of experiential learning, such as the cycle described and popularised by David A. Kolb.[24]

Paulo Freire defines praxis in Pedagogy of the Oppressed as "reflection and action directed at the structures to be transformed."[25] Through praxis, oppressed people can acquire a critical awareness of their own condition, and, with teacher-students and students-teachers, struggle for liberation.[26]

In the Channel 4 television documentary New Order: Play at Home,[27][28] Factory Records owner Tony Wilson describes praxis as "doing something, and then only afterwards, finding out why you did it".

Praxis may be described as a form of critical thinking and comprises the combination of reflection and action. Praxis can be viewed as a progression of cognitive and physical actions:

This creates a cycle which can be viewed in terms of educational settings, learners and educational facilitators.

Scott and Marshall (2009) refer to praxis as "a philosophical term referring to human action on the natural and social world". Furthermore, Gramsci (1999) emphasises the power of praxis in Selections from the Prison Notebooks by stating that "The philosophy of praxis does not tend to leave the simple in their primitive philosophy of common sense but rather to lead them to a higher conception of life".

To reveal the inadequacies of religion, folklore, intellectualism and other such 'one-sided' forms of reasoning, Gramsci appeals directly in his later work to Marx's 'philosophy of praxis', describing it as a 'concrete' mode of reasoning. This principally involves the juxtaposition of a dialectical and scientific audit of reality; against all existing normative, ideological, and therefore counterfeit accounts. Essentially a 'philosophy' based on 'a practise', Marx's philosophy, is described correspondingly in this manner, as the only 'philosophy' that is at the same time a 'history in action' or a 'life' itself (Gramsci, Hoare and Nowell-Smith, 1972, p. 332).

Praxis is also key in meditation and spirituality, where emphasis is placed on gaining first-hand experience of concepts and certain areas, such as union with the Divine, which can only be explored through praxis due to the inability of the finite mind (and its tool, language) to comprehend or express the infinite. In an interview for YES! Magazine, Matthew Fox explained it this way:

Wisdom is always taste—in both Latin and Hebrew, the word for wisdom comes from the word for taste—so it's something to taste, not something to theorize about. "Taste and see that God is good", the psalm says; and that's wisdom: tasting life. No one can do it for us. The mystical tradition is very much a Sophia tradition. It is about tasting and trusting experience, before institution or dogma.[29]

According to Strong's Concordance, the Hebrew word ta‛am is, properly, a taste. This is, figuratively, perception and, by implication, intelligence; transitively, a mandate: advice, behaviour, decree, discretion, judgment, reason, taste, understanding.

Praxis is the ability to perform voluntary skilled movements. The partial or complete inability to do so in the absence of primary sensory or motor impairments is known as apraxia.[30]

Look up praxis in Wiktionary, the free dictionary.
Retrieved from "http://en.turkcewiki.org/w/index.php?title=Praxis_(process)&oldid=1135541329"
This website is a mirror of Wikipedia, and is not affiliated with the Wikimedia Foundation.
Categories:
Hidden categories: