Wikipedia:IP editors are human too

(Redirected from Wikipedia:IPs are human too)
Jump to navigation Jump to search 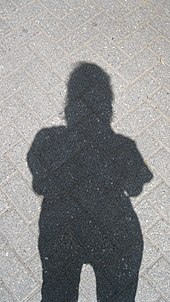 Unregistered users are unfairly viewed as disruptive vandals, and some editors routinely revert their additions.

Because of these misconceptions, edits by unregistered users are mistakenly reverted and their contributions to talk pages discounted. This practice is against the philosophy of Wikipedia and founding principles of all Wikimedia projects. When dealing with unregistered contributors, the rule to remember is: IPs are human too.

You are an IP too[edit]

Our readers are IPs too[edit]

Our readers are IPs too. Virtually none of our readers are registered users. When an unregistered user makes an edit to an article or posts a comment on a talk page, these are the views of one of our readers. That doesn't necessarily mean that their view should be given greater weight. It means that we should not discriminate against their view just because they don't have an account.

What an unregistered user can't do by themselves (directly)[edit]

As well as these restrictions, there are some specific advantages to becoming a registered user, such as watchlists. There are also some other, lesser used, limitations placed on newly-registered users that consequently affect unregistered users.

Retrieved from "http://en.turkcewiki.org/w/index.php?title=Wikipedia:IP_editors_are_human_too&oldid=1043295823"
This website is a mirror of Wikipedia, and is not affiliated with the Wikimedia Foundation.
Categories: