Jump to navigation Jump to search
Concept in game theory 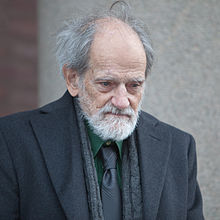 The Shapley value is a solution concept in cooperative game theory. It was named in honor of Lloyd Shapley, who introduced it in 1951 and won the Nobel Prize in Economics for it in 2012.[1][2] To each cooperative game it assigns a unique distribution (among the players) of a total surplus generated by the coalition of all players. The Shapley value is characterized by a collection of desirable properties. Hart (1989) provides a survey of the subject.[3][4]

The setup is as follows: a coalition of players cooperates, and obtains a certain overall gain from that cooperation. Since some players may contribute more to the coalition than others or may possess different bargaining power (for example threatening to destroy the whole surplus), what final distribution of generated surplus among the players should arise in any particular game? Or phrased differently: how important is each player to the overall cooperation, and what payoff can he or she reasonably expect? The Shapley value provides one possible answer to this question.

Formally, a coalitional game is defined as: There is a set N (of n players) and a function

that maps subsets of players to the real numbers:

denotes the empty set. The function

is called a characteristic function.

has the following meaning: if S is a coalition of players, then

(S), called the worth of coalition S, describes the total expected sum of payoffs the members of

can obtain by cooperation.

The Shapley value is one way to distribute the total gains to the players, assuming that they all collaborate. It is a "fair" distribution in the sense that it is the only distribution with certain desirable properties listed below. According to the Shapley value,[6] the amount that player i gets given a coalitional game

where n is the total number of players and the sum extends over all subsets S of N not containing player i. The formula can be interpreted as follows: imagine the coalition being formed one actor at a time, with each actor demanding their contribution

(S) as a fair compensation, and then for each actor take the average of this contribution over the possible different permutations in which the coalition can be formed.

An alternative equivalent formula for the Shapley value is:

where the sum ranges over all

of the players and

is the set of players in

. Finally, it can also be expressed as

which can be interpreted as

Consider a simplified description of a business. An owner, o, provides crucial capital in the sense that without her no gains can be obtained. There are m workers w1,...,wm, each of whom contributes an amount p to the total profit. Let

The value function for this coalitional game is

where m is the cardinality of

. Computing the Shapley value for this coalition game leads to a value of mp/2 for the owner and p/2 for each one of the m workers.

The glove game is a coalitional game where the players have left- and right-hand gloves and the goal is to form pairs. Let

where players 1 and 2 have right-hand gloves and player 3 has a left-hand glove.

The value function for this coalitional game is

The formula for calculating the Shapley value is

where R is an ordering of the players and

is the set of players in N which precede i in the order R.

The following table displays the marginal contributions of Player 1.

By a symmetry argument it can be shown that

Due to the efficiency axiom, the sum of all the Shapley values is equal to 1, which means that

The Shapley value has many desirable properties.

The sum of the Shapley values of all agents equals the value of the grand coalition, so that all the gain is distributed among the agents:

is a telescoping sum and there are |N|! different orderings R.

are two actors who are equivalent in the sense that

This property is also called equal treatment of equals.

are combined, then the distributed gains should correspond to the gains derived from

and the gains derived from

. Also, for any real number

of a null player

is zero. A player

that do not contain

Given a player set

, the Shapley value is the only map from the set of all games to payoff vectors that satisfies all four properties: Efficiency, Symmetry, Linearity, Null player.

is a subadditive set function, i.e.,

, then for each agent

is a superadditive set function, i.e.,

, then for each agent

are two agents, and

is a gain function that is identical to

except that the roles of

have been exchanged, then

. This means that the labeling of the agents doesn't play a role in the assignment of their gains.

In their 1974 book, Lloyd Shapley and Robert Aumann extended the concept of the Shapley value to infinite games (defined with respect to a non-atomic measure), creating the diagonal formula.[9] This was later extended by Jean-François Mertens and Abraham Neyman.

As seen above, the value of an n-person game associates to each player the expectation of his contribution to the worth or the coalition or players before him in a random ordering of all the players. When there are many players and each individual plays only a minor role, the set of all players preceding a given one is heuristically thought as a good sample of the players so that the value of a given infinitesimal player ds around as "his" contribution to the worth of a "perfect" sample of the population of all players.

Symbolically, if v is the coalitional worth function associating to each coalition c measured subset of a measurable set I that can be thought as

without loss of generality.

denotes the Shapley value of the infinitesimal player ds in the game, tI is a perfect sample of the all-player set I containing a proportion t of all the players, and

is the coalition obtained after ds joins tI. This is the heuristic form of the diagonal formula.

Assuming some regularity of the worth function, for example assuming v can be represented as differentiable function of a non-atomic measure on I, μ,

the characteristic function of c). Under such conditions

as can be shown by approximating the density by a step function and keeping the proportion t for each level of the density function, and

Above μ can be vector valued (as long as the function is defined and differentiable on the range of μ, the above formula makes sense).

In the argument above if the measure contains atoms

is no longer true—this is why the diagonal formula mostly applies to non-atomic games.

Two approaches were deployed to extend this diagonal formula when the function f is no longer differentiable. Mertens goes back to the original formula and takes the derivative after the integral thereby benefiting from the smoothing effect. Neyman took a different approach. Going back to an elementary application of Mertens's approach from Mertens (1980):[10]

This works for example for majority games—while the original diagonal formula cannot be used directly. How Mertens further extends this by identifying symmetries that the Shapley value should be invariant upon, and averaging over such symmetries to create further smoothing effect commuting averages with the derivative operation as above.[11] A survey for non atomic value is found in Neyman (2002)[12]

The Shapley value only assigns values to the individual agents. It has been generalized[13] to apply to a group of agents C as,

The Shapley value provides a principled way to explain the predictions of nonlinear models common in the field of machine learning. By interpreting a model trained on a set of features as a value function on a coalition of players, Shapley values provide a natural way to compute which features contribute to a prediction.[14] This unifies several other methods including Locally Interpretable Model-Agnostic Explanations (LIME),[15] DeepLIFT,[16] and Layer-Wise Relevance Propagation.[17]

Retrieved from "http://en.turkcewiki.org/w/index.php?title=Shapley_value&oldid=1020803129"
This website is a mirror of Wikipedia, and is not affiliated with the Wikimedia Foundation.
Categories:
Hidden categories: