Saswat Joshi (born December 18, 1984) is an Indian classical dancer, choreographer, model and an exponent of the Odissi dancing style.[1]

Saswat Joshi was born in Titlagarh on 18 December 1984.[2] Saswat started his journey as a dancer when he was five years old under the able guidance of Guru Prasanta Patnaik and Guru Shantanu Behera at his native village Titlagarh, Bolangir.[3] He learned the basics of dance and postures of Odissi dance with great interest and dedication as a child artist.

Saswat started his professional Odissi training under Guru Padma Shri Kumkum Mohanty in 2000. He has been an exponent of Padma Bibhusan Guru Kelucharan Mohapatra Odissi style. Under the tutelage of Guru Padma Shri Ileana Citaristi, his dancing flourished into its perfection. He is the recipient of a national scholarship from Ministry of Culture Government of India. He did his Visharad from Chandigarh University and was awarded Sangeet Ratna from Rabindra Bharati University. He has performed in world's biggest museum of Asian painting Musée Guimet at Paris, France in 2012. He has given many lecture demonstrations of Odissi in various universities worldwide. He is the only male dancer who performed in front of world wonders Eiffel Tower, Paris, France; and The Colosseum, Rome, Italy.

To popularise Odissi as Indian classical dance, he traveled and performed Odissi in many European and Asian countries such as Italy, France, Hungary, Finland, Japan, South Korea, Thailand etc..

He had shared the stage with many international celebrities of dance like Carla Fracci, Luciana Savignano, Giuseppe Picone, Beppe Menegatti, Rossella Brescia and Luciano Mattia Cannito in a production called 'I Have a Dream' at Palermo city, Sicily of Insular Italy[4][5] 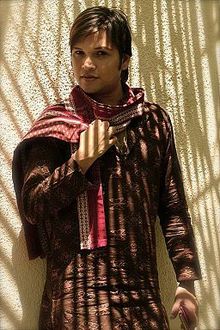 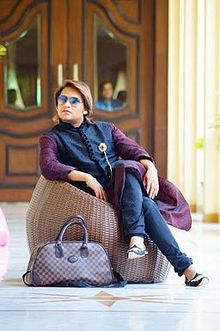 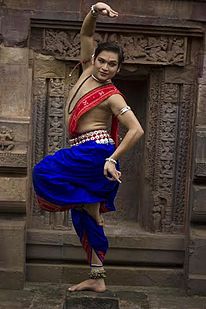 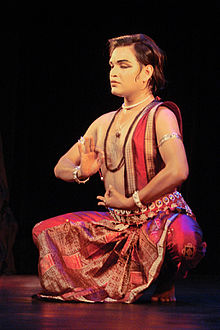 Saswat has modeled for many leading brands like Manyavar dresses, Boyanika as well as for many national and international brands.

He had undergone many photoshoots with the talented group Duti's Photomontage with photographers like Sindhujyoti Biswal, Dutikeshwar Ballav Das, and Dibyajeet Sasmal. All of his photos were selected for the promotional events of Manyavar and Manish creations in Bangalore and many other states in India with coverage in various media platforms and social media sites. He is the brand ambassador for Boyanika and he is the one odissi dancer who promotes sambalpuri ikkat worldwide. He wears sambalpuri kurta with ethnic designs for many prestigious platform and award ceremony.

Saswat is the founder of Lasyakala Institute of Performing Arts, where many new Odissi practitioners and talents are being shaped into their performing excellence. Under this banner Aekalavya Dance Festival is being organised every year to felicitate practitioners, experts and critics of Odissi.[8][9]

Retrieved from "http://en.turkcewiki.org/w/index.php?title=Saswat_Joshi&oldid=1024909187"
This website is a mirror of Wikipedia, and is not affiliated with the Wikimedia Foundation.
Categories:
Hidden categories: