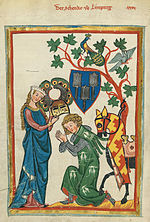 History (derived from Ancient Greek ἱστορία (historía) 'inquiry; knowledge acquired by investigation') is the systematic study and documentation of human activity. The time period of events before the invention of writing systems is considered prehistory. "History" is an umbrella term comprising past events as well as the memory, discovery, collection, organization, presentation, and interpretation of these events. Historians seek knowledge of the past using historical sources such as written documents, oral accounts, art and material artifacts, and ecological markers. History is not complete and still has debatable mysteries.

History is also an academic discipline which uses narrative to describe, examine, question, and analyze past events, and investigate their patterns of cause and effect. Historians often debate which narrative best explains an event, as well as the significance of different causes and effects. Historians also debate the nature of history as an end in itself, as well as its usefulness to give perspective on the problems of the present.

Stories common to a particular culture, but not supported by external sources (such as the tales surrounding King Arthur), are usually classified as cultural heritage or legends. History differs from myth in that it is supported by verifiable evidence. However, ancient cultural influences have helped spawn variant interpretations of the nature of history which have evolved over the centuries and continue to change today. The modern study of history is wide-ranging, and includes the study of specific regions and the study of certain topical or thematic elements of historical investigation. History is often taught as a part of primary and secondary education, and the academic study of history is a major discipline in university studies.

Herodotus, a 5th-century BC Greek historian, is often considered the "father of history" (as he was one of the first historians) in the Western tradition, although he has also been criticized as the "father of lies". Along with his contemporary Thucydides, he helped form the foundations for the modern study of past events and societies. Their works continue to be read today, and the gap between the culture-focused Herodotus and the military-focused Thucydides remains a point of contention or approach in modern historical writing. In East Asia, a state chronicle, the Spring and Autumn Annals, was reputed to date from as early as 722 BC, although only 2nd-century BC texts have survived. (Full article...)

Outline of history · Index
Refresh with new selections below (purge)

Did you know (auto generated)

This is a Featured article, which represents some of the best content on English Wikipedia.

Sidney Charles Bartholemew "Ben" Gascoigne AO (11 November 1915 – 25 March 2010) was a New Zealand-born optical astronomer and expert in photometry who played a leading role in the design and commissioning of Australia's largest optical telescope, the Anglo-Australian Telescope, which for a time was one of the world's most important astronomical facilities. Born in Napier, New Zealand, Gascoigne trained in Auckland and at the University of Bristol, before moving to Australia during World War II to work at the Commonwealth Solar Observatory at Mount Stromlo in Canberra. He became skillful in the design and manufacture of optical devices such as telescope elements.

Following the war, Gascoigne and astronomer Gerald Kron used newly modernised telescopes at Mount Stromlo to determine that the distance between our galaxy and the Magellanic Cloud dwarf galaxies had been underestimated by a factor of two. Because this measurement was used to calibrate other distances in astronomy, the result effectively doubled the estimated size of the universe. They also found that star formation in the Magellanic Clouds had occurred more recently than in the Milky Way; this overturned the prevailing view that both had evolved in parallel. A major figure at Mount Stromlo Observatory, Gascoigne helped it develop from a solar observatory to a centre of stellar and galactic research, and was instrumental in the creation of its field observatory in northern New South Wales, Siding Spring Observatory. When the British and Australian governments agreed to jointly build the Anglo-Australian Telescope at Siding Spring, Gascoigne was involved from its initial conception and throughout its lengthy commissioning, taking its first photograph. Gascoigne was made an Officer of the Order of Australia for his contributions to astronomy and to the Anglo-Australian Telescope. (Full article...)
edit

What is the use of living, if it be not to strive for noble causes and to make this muddled world a better place for those who will live in it after we are gone?

More Did you know...

Discover Wikipedia using portals
Retrieved from "http://en.turkcewiki.org/w/index.php?title=Portal:History&oldid=1054070325"
This website is a mirror of Wikipedia, and is not affiliated with the Wikimedia Foundation.
Categories:
Hidden categories: