In physics, energy (from Ancient Greek: ἐνέργεια, enérgeia, “activity”) is the quantitative property that is transferred to a body or to a physical system, recognizable in the performance of work and in the form of heat and light. Energy is a conserved quantity—the law of conservation of energy states that energy can be converted in form, but not created or destroyed. The unit of measurement for energy in the International System of Units (SI) is the joule (J).

Common forms of energy include the kinetic energy of a moving object, the potential energy stored by an object (for instance due to its position in a field), the elastic energy stored in a solid object, chemical energy associated with chemical reactions, the radiant energy carried by electromagnetic radiation, and the internal energy contained within a thermodynamic system. All living organisms constantly take in and release energy.

Due to mass–energy equivalence, any object that has mass when stationary (called rest mass) also has an equivalent amount of energy whose form is called rest energy, and any additional energy (of any form) acquired by the object above that rest energy will increase the object's total mass just as it increases its total energy.

Human civilization requires energy to function, which it gets from energy resources such as fossil fuels, nuclear fuel, or renewable energy. The Earth's climate and ecosystems processes are driven by the energy the planet receives from the Sun (although a small amount is also contributed by geothermal energy). (Full article...)

In 2004, the worldwide energy consumption of the human race was on average 15 terawatts (TW; 1 TW = 1 x 1012 W) with 86.5% from burning fossil fuels. This is equivalent to 471,000 PJ (1 PJ = 1 x 1015 J) per year. There is at least 10% uncertainty in these figures due to national variations in tracking consumption, and due to variations in energy content between particular barrels of oil or tons of coal.

The remaining worldwide energy resources are large, with the remaining fossil fuels totaling an estimated 0.4 YJ (1 YJ = 1024 J) and the available nuclear fuel such as uranium exceeding 2.5 YJ (1 YJ = 1024 J). Mostly thanks to the Sun, the world also has a renewable usable energy flux that exceeds 120 PW (8,000 times 2004 total energy usage), or 3.8 YJ/yr, dwarfing all non-renewable resources.

Despite the abundance of fossil fuels there are a number of pressures that may move the world’s energy consumption to alternative energy sources. These include political considerations over energy security and potential pressure from energy superpowers, environmental concerns related to global warming and sustainability, and economic pressure resulting from energy price rises, carbon emissions trading and green taxation.

This move is already starting to happen in some countries, notably as a result of the Kyoto Protocol, and further steps in this direction are proposed. For example, the European Commission has proposed that the energy policy of the European Union should set a binding target of increasing the maximum level of renewable energy in the EU’s overall mix from less than 7% today to 20% by 2020. 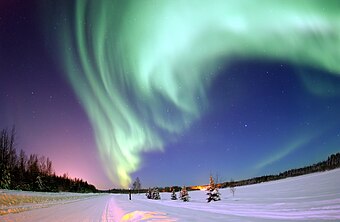 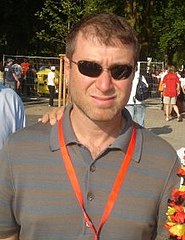 Roman Arkadyevich Abramovich (born 24 October 1966 in Saratov, Russia) is a Jewish Russian oil billionaire and one of the Russian oligarchs.

Between 1992 and 1995, after Soviet president Mikhail Gorbachev's 'perestroika' economic reforms permitted the opening of small private businesses, Abramovich founded five companies that eventually evolved to specialize in the trading of oil and oil products. With the approved by Boris Yeltsin, in 1995 Roman Abramovich and partner Boris Berezovsky paid $100m for a controlling interest in the major Russian Sibneft oil company, then valued at $150 million. Berezovsky subsequently sold his stake to Abramovich after fleeing to London. In September 2005 Abramovich sold his interest in Sibneft to state energy giant Gazprom for $13 billion.

Despite maintaining that his primary residence is Moscow, in 2006 Abramovich was named as the second-wealthiest person in the United Kingdom. His property investments and other assets were estimated at £10.8 billion. In June 2003, Abramovich became the owner of the companies that control Chelsea Football Club (soccer club). He also became the world's greatest spender on luxury yachts, with four boats in what the media have called the 'Abramovich Navy'.

Although he rarely visits the area, in October 2005 Abramovich was reappointed governor of the impoverished Chukotka Autonomous Okrug in the Russian Far East where he has made significant financial contributions. He was originally elected to the governorship in 1999.

25 January 2023 – Iran and weapons of mass destruction
International Atomic Energy Agency Director General Rafael Grossi says that Iran has now amassed enough material for "several nuclear weapons", and calls for new diplomatic efforts in order to prevent Iran from developing a nuclear bomb. (CNN)
23 January 2023 –
A major power outage in Pakistan leaves nearly 220 million people without electricity after a failure at the national power grid. Earlier this month, Prime Minister Shehbaz Sharif ordered a reduction in energy consumption as the country faces a severe energy crisis. (CNN) (Reuters)
6 January 2023 – Afghanistan–China relations
The Taliban and the Xinjiang Central Asia Petroleum and Gas Company of China agree to a 25-year deal to allow the Chinese firm to drill for oil in the Amu Darya basin. It is Afghanistan's first major energy extraction agreement with a foreign firm since the Taliban returned to power in 2021. (BBC News)
3 January 2023 – 2021–2023 global energy crisis
2022–2023 Pakistan economic crisis
The government orders the closure of all shopping malls and retail markets by 8:30 p.m. (PKT) daily as part of an energy conservation plan to offset increasing energy prices. (Reuters)

The following are images from various energy-related articles on Wikipedia.
edit

Other WikiProjects that may be of interest:

For further ideas, to leave a comment, or to learn how you can help improve and update this portal, see the talk page.

Retrieved from "http://en.turkcewiki.org/w/index.php?title=Portal:Energy&oldid=1089962202"
This website is a mirror of Wikipedia, and is not affiliated with the Wikimedia Foundation.
Categories:
Hidden categories: