Pernod Ricard (French pronunciation: ​[pɛʁno ʁikaʁ]) is a French company that produces alcoholic beverages. The company's eponymous products, Pernod Anise and Ricard Pastis, are both anise-flavoured pastis apéritifs and are often referred to simply as Pernod or Ricard. The company also produces several other types of pastis. It is the world’s second-largest wine and spirits seller.[2]

After the banning of absinthe, Pernod Ricard was created from the Pernod Fils company, which had produced absinthe. Pernod Ricard owned the distilled beverage division of the former corporation Seagram (including brands like Chivas Regal) until 2006, along with many other holdings. In 2005, the company acquired a British-based competitor, Allied Domecq PLC.

In 2008, Pernod Ricard announced its acquisition of Swedish-based V&S Group, which produces Absolut Vodka. In 2013, Pernod Ricard joined leading alcohol producers as part of a producers' commitments to reducing harmful drinking.[3] As of 2015, India is the company's third largest market by value.[4] 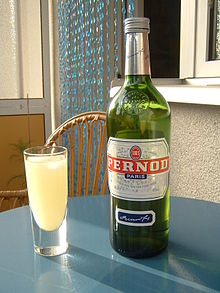 Pernod in a glass with water and ice 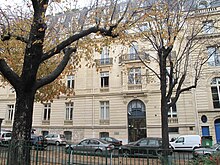 Pernod Ricard owns a wide variety of beverage brands worldwide. These include:

The Havana Club brand, originally produced in Cárdenas, Cuba by family-owned José Arechabala S.A., was nationalized after the Cuban Revolution of 1959. There is an ongoing legal battle between the claimed trademark owners in the US to the joint venture between Pernod Ricard and the Cuban State-owned company Corporación Cuba Ron. The Havana Club trademark remains unchallenged elsewhere in the world, having been validated by court decisions in a number of countries other than the US.[12][13][14]

Retrieved from "http://en.turkcewiki.org/w/index.php?title=Pernod_Ricard&oldid=1036111397"
This website is a mirror of Wikipedia, and is not affiliated with the Wikimedia Foundation.
Categories:
Hidden categories: