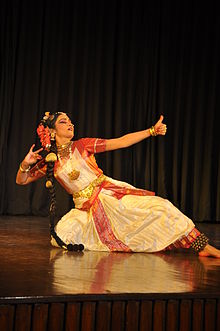 Born to an advocate Harswroop Thakur and home-maker Shakuntla.

Recipient of the Uttar Pradesh Sangeet Natak Akademi Award, Meenu has been actively performing for the last 29 years as a Kuchipudi Artiste.

Meenu is an established artist of the Indian Council for Cultural Relations (ICCR), Festival of India, Ministry of Culture, and has performed outside India through cultural exchanges. She is an ‘A’ Graded artist of Doordarshan (India's National television network) and is also associated with SPIC MACAY (Society for promotion of Indian classical music and culture among youth).

Meenu also holds the record for being the first danseuse to perform in a jail (Tihar Jail, 2014), and a performance at Mandoli Central Jail, New Delhi (2018).

Meenu is one of the few danseuses who can perform Simhanandini, a Kuchipudi piece in which the dancer sketches the Simhavahana (The mount of Goddess Durga) with her feet.

Suramya, An Institution of Performing Arts for the popularization and learning of Kuchipudi dance was established in 1999. It runs classes in Kuchipudi dance in Delhi NCR. Meenu Thakur is the Founder Director of SURAMYA. The students of Suramya (disciples of Meenu Thakur) have performed in various national festivals/programmes under her guidance. Suramya is empanelled with the Indian Council for Cultural Relations, to invite overseas students to learn Kuchipudi in India.

Retrieved from "http://en.turkcewiki.org/w/index.php?title=Meenu_Thakur&oldid=1019256395"
This website is a mirror of Wikipedia, and is not affiliated with the Wikimedia Foundation.
Categories:
Hidden categories: