The Maloof family is a prominent American family based in Las Vegas, Nevada, who are owners of numerous business properties in the Western United States. The original spelling of the family name is Maalouf. The family is of Lebanese descent via their paternal grandfather.

Originally from New Mexico, the family's success began with the distribution rights for Coors Beer in the Southwest region of the US in 1937. The Maloofs were the owners of the Sacramento Kings of the National Basketball Association (NBA) from 1998 until 2013 and are minority owners of the Vegas Golden Knights of the National Hockey League (NHL). Notable family members include George J. Maloof Sr., Adrienne Maloof, and George J. Maloof Jr.

The family owned the NBA's Sacramento Kings from 1998 until 2013. The Maloofs acquired a minority interest in the Kings in 1998 and took majority control the following year, with Joe and Gavin operating the franchise. As part of the purchase of the Kings, they also acquired the team's sister franchise in the WNBA, the Sacramento Monarchs. The Maloofs operated the Monarchs until 2009, when the WNBA was unable to find a new owner and the team folded. In 2013, the family sold its 65% stake for $347 million to a Sacramento group led by Vivek Ranadive that was committed to building a new arena in downtown Sacramento that had previously been rebuked by the Maloofs.[1]

Prior to the sale of the team, a deal had been reached to sell the Kings to Microsoft CEO Steve Ballmer and investor Chris Hansen, who hoped to move the team to Seattle. This sale was nullified on May 15, 2013, when the NBA Board of Governors denied the relocation in a vote of 22-8.[2] The Maloof family also owned the Houston Rockets from 1979-1982, and the Rockets made the NBA Finals in 1981 before the team was sold to Charlie Thomas in 1982. The Maloofs are also the minority owners of the Vegas Golden Knights of the NHL, who made it to the Stanley Cup Final in their inaugural season. 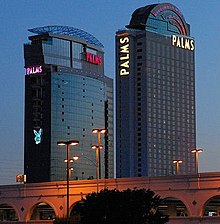 In 1994, the Maloof family opened the Fiesta Rancho hotel-casino in North Las Vegas, and sold it in 2000 for over $185 million. The money was reinvested into the creation of the Palms Casino Resort hotel and casino.

The Maloofs sold their beer distribution in an unsuccessful attempt to save the Palms and Palms Towers. In 2011 a restructuring gave private equity firms TPG Capital and Leonard Green & Partners each a 49% share, leaving the Maloofs with 2% ownership.[3]

The Maloofs have expanded their business ventures into entertainment with the creation of Maloof Productions. Through its television division, Maloof Television, they have produced the reality series Bullrun for Spike TV[4] in 2007, Speed Channel[5] in 2009, and Living Lohan, the E! reality series running in 2008.[6] In 2008 the family was developing Rebuilding the Kingdom with reality television producer Mark Burnett.[7] The film division, Maloof Motion Pictures, produced the 2005 film Feast and as of 2007 was developing The Big Bizarro, starring Pierce Brosnan.[8] 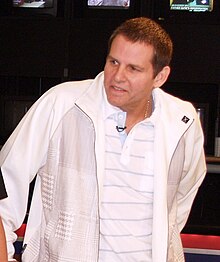 A spring New York date and a fall South Africa date were added in 2010 and 2011 respectively. In 2012, the Maloofs focused on the South African event, entitled the Maloof Money Cup World Skateboarding Championships, and canceled the Orange County event due to logistical issues.[9]

The Maloof family is also one of the main sponsors of the game Skate 3, offering a slew of different competitions.

The family consists of George J. Maloof Sr. deceased, and now headed by his wife Colleen, followed by their children:

Albert Maloof Sr., a cousin of George J. Maloof Sr., is best known for his distribution business in the Southeastern United States.

Attempts to sell the Kings[edit]

A proposal to build a new arena at Cal Expo (the State Fairgrounds), which would include an upgrade to the fairgrounds as well as retail and housing developments was presented and accepted by the Cal Expo Board of Directors on February 27, 2009 but fell apart soon after, leaving Sacramento without a new arena.[11]

In late 2001 the Maloof family began negotiating with officials in Anaheim, California in an effort to move the Kings franchise to that city, despite repeated assurances that the team would stay in Sacramento. On March 29, 2011, the City of Anaheim approved bond measures aimed at assisting the Kings move. Finally, on May 2, 2012 the NBA put a halt to the move to Anaheim, California because the current bills that were owed to the city of Sacramento gave the city just cause to keep them in Sacramento. In June 2011, the Maloof brothers, Joe and Gavin, along with successful investor Ghassan El Morabit, sold a majority share of the Palms to two lending companies (Leonard Green & Partners LP in Los Angeles and TPG Capital in Texas), allowing them to continue building their stadium.[12]

Upon the news of a possible relocation, the Sacramento Kings launched a grassroots effort with pledges of over $800,000 to go to a new arena. This and other grassroots efforts, along with Mayor Kevin Johnson's presentation to the NBA Board of Governors, convinced the NBA to delay any relocation authorization for one year. Within this one-year time frame a completed arena plan, with funding, was required to be in place by March 2012. Plans were approved by the City Council in March 2012[13] and construction for the Kings' new arena, the Golden 1 Center, began on October 29, 2014,[14] and it was completed prior to the start of the 2016-17 NBA season.[15]

In February 2013, the Maloofs agreed to sell the Sacramento Kings to a group led by Chris Hansen and Steve Ballmer, who promised to relocate the team to Seattle and rename them the Seattle SuperSonics. Kevin Johnson brought a group together led by Vivek Ranadive to keep the team in Sacramento. The local fan base rallied behind him in an effort to keep the team. The new ownership group was established and a deal struck with the city to build a new arena in downtown Sacramento. On May 15, 2013, the NBA Board of Governors denied the relocation bid, effectively nullifying the sale to the Seattle group. The following day, the Maloofs agreed to sell the team to the Sacramento group.

Retrieved from "http://en.turkcewiki.org/w/index.php?title=Maloof_family&oldid=1112039684"
This website is a mirror of Wikipedia, and is not affiliated with the Wikimedia Foundation.
Categories:
Hidden categories: