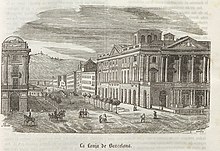 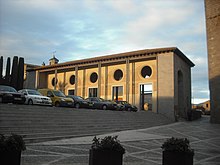 Many were used during the Medieval Ages for fishing and livestock markets or by brokers who used to make intermediaries.[citation needed]

In the Valencian Community

In the Balearic Islands

Lonjas in the rest of Spain[edit]

The Casa de Contratación de Indias centralized all of trade of the Americas with Spain from 1503 to 1790, including all types of products. Its headquarters were:

Retrieved from "http://en.turkcewiki.org/w/index.php?title=Llotja&oldid=1111678292"
This website is a mirror of Wikipedia, and is not affiliated with the Wikimedia Foundation.
Categories:
Hidden categories: