The FEI headquarters are in Lausanne, Switzerland. An FEI code of conduct[1] protects the welfare of the horses from physical abuse or doping.

The FEI recognizes eight disciplines under global governance in both regular and para-equestrianism competition:

The following two disciplines are under regional governance:

The FEI does not govern or provide rules for horse racing or polo, but in the latter case, it has signed a Memorandum of Understanding with the Federation of International Polo.

To grow the unique and mutually beneficial bond between horse and human in sport globally.[10]

To drive and develop equestrian sport globally in a modern, sustainable and structured manner with guaranteed integrity, athlete welfare, equal opportunity and a fair and ethical partnership with the horse.[11]

The WEG encompasses the World Championship titles in all the FEI global disciplines.[15]

FEI World, Continental and Regional Championships are held in all the FEI disciplines and age categories. Events include:

Equestrian at the Friendship Games

Equestrian sports first time at the 9th Asian Games in 1982.

Equestrian at the Asian Games

The FEI was formed in 1921 with the joining of the national organizations of Belgium, Denmark, France, Italy, Japan, Norway, Sweden and the United States of America.[16] Today, there are 136 National Equestrian Federations affiliated with the FEI.[17] 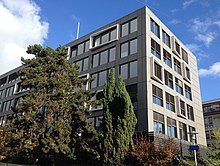 There have been 13 different presidents of the organization. Major Jhkr Karl F. Quarles van Ufford is the only individual to have served twice. Nowadays, a President can serve for a maximum of three terms. Since 2014, the President of the FEI is Ingmar De Vos from Belgium.

Retrieved from "http://en.turkcewiki.org/w/index.php?title=International_Federation_for_Equestrian_Sports&oldid=1085614123"
This website is a mirror of Wikipedia, and is not affiliated with the Wikimedia Foundation.
Categories:
Hidden categories: