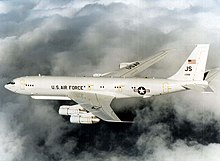 ISTAR stands for intelligence, surveillance, target acquisition, and reconnaissance. In its macroscopic sense, ISTAR is a practice that links several battlefield functions together to assist a combat force in employing its sensors and managing the information they gather.

Information is collected on the battlefield through systematic observation by deployed soldiers and a variety of electronic sensors. Surveillance, target acquisition and reconnaissance are methods of obtaining this information. The information is then passed to intelligence personnel for analysis, and then to the commander and their staff for the formulation of battle plans. Intelligence is processed information that is relevant and contributes to an understanding of the ground, and of enemy dispositions and intents. Intelligence failures can happen. 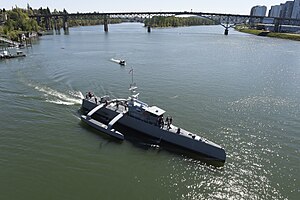 ISR is the coordinated and integrated acquisition, processing and provision of timely, accurate, relevant, coherent and assure1d information and intelligence to support commander's conduct of activities. Land, sea, air and space platforms have critical ISR roles in supporting operations in general. By massing ISR assets, an improved clarity and depth of knowledge can be established.[6] ISR encompasses multiple activities related to the planning and operation of systems that collect, process, and disseminate data in support of current and future military operations.[7][8]

On 28 July 2021 the NDAA budget markup by the House Armed Services Committee sought to retain ISR resources such as the RQ-4 Global Hawk, the E-8 Joint Surveillance Radar and Attack System (JSTARS) which the Air Force is seeking to divest.[9][10] Examples of ISR systems include surveillance and reconnaissance systems ranging from satellites, to crewed aircraft such as the U-2, to uncrewed aircraft systems (UAS)[11][12][13][14] such as the US Air Force's Global Hawk and Predator and the US Army's Hunter and PSST Aerostats, to unmanned ocean-going vessels,[2] to other ground-, air-, sea-, or space-based equipment, to human intelligence teams, or to AI-based ISR systems. The intelligence data provided by these ISR systems can take many forms, including optical, radar, or infrared images or electronic signals. Effective ISR data can provide early warning of enemy threats as well as enable military forces to increase effectiveness, coordination, and lethality, and demand for ISR capabilities to support ongoing military operations has increased.[7] In December 2021, the US Navy began testing the usefulness and effectiveness of unmanned "saildrones" at recognizing targets of interest on the high seas.[15]

For space-based targeting sensors, in a 2019 Broad Agency Announcement, the US government defined ISR in this case as "a capability for gathering data and information on an object or in an area of interest (AOI) on a persistent, event-driven, or scheduled basis using imagery, signals, and other collection methods. This includes warning (to include ballistic missile activity), targeting analysis, threat capability assessment, situational awareness, battle damage assessment (BDA), and characterization of the operational environment." Persistence was in turn described: "Persistent access provides predictable coverage of an area of interest (AOI). Most space-based intelligence collection capabilities consist of multiple satellites operating in concert, or supplemented by other sensors, when continuous surveillance of an area is desired. Persistent sensors must provide sufficient surveillance revisit timelines to support a weapon strike at any time."[16][17][18][19][20][21][22]

NGA uses Data transformation services (DTS), a program begun in 2018, to convert raw sensor data into a format usable by its mission partners, who are government agencies whose names are classified.[27] In light of the 2022 Russian invasion of Ukraine, NGA has taken operational control of DoD's Project Maven, the AI ISR project for area defense, to identify point targets for ISR.[28]

NRO "has a proven track record in [ISR]",[29] insists one of the founders of the US Space Force, who defends the capability of the NRO over the ambition of the Space Force to take over the role of ISR.[29][30][31] GMTI (ground moving target indicator) data is an objective for Space Force, NGA, and NRO.[32]

In light of the 2022 Russian invasion of Ukraine, commercial satellite imagery is being used to track troop movements, broadcast world events in real time, and conduct war.—NHK World-Japan[34][35]

ISTAR is the process of integrating the intelligence process with surveillance, target acquisition and reconnaissance tasks in order to improve a commander's situational awareness and consequently their decision making. The inclusion of the "I" is important as it recognizes the importance of taking the information from all the sensors and processing it into useful knowledge.

ISTAR can also refer to:

There are several variations on the "ISTAR" acronym. Some variations reflect specific emphasis on certain aspects of ISTAR.

A term used when emphasis is to be placed on the sensing component of ISTAR.

RSTA is used by the US Army in place of STAR or ISTAR. Also, a term used to identify certain US Army units: for instance, 3rd Squadron, 153rd RSTA. These units serve a similar role to the below mentioned US Marine Corps STA platoons, but on a larger scale.

Used to designate one of the following:

Retrieved from "http://en.turkcewiki.org/w/index.php?title=Intelligence,_surveillance,_target_acquisition,_and_reconnaissance&oldid=1102609210"
This website is a mirror of Wikipedia, and is not affiliated with the Wikimedia Foundation.
Categories:
Hidden categories: