Jump to navigation Jump to search
Not to be confused with the Latin letter Ë.

In English, the letter Yo is romanized using the Latin ë (according to the ALA–LC and British Standards), ë (yë word-initially) (BGN/PCGN) or yo (orthographic transcription) for Russian, and as i͡o (ALA–LC), yo (BGN/PCGN), or ë (BSI) for Belarusian. In international systems, Yo is romanized as ë (ISO 9).

It was derived from the Cyrillic letter Ye (Е е).

This section describes the pronunciation in Russian and Belarusian. Other languages may have subtle differences.

The letter ⟨ё⟩ is a stressed syllable in the overwhelming majority of Russian and Belarusian words.

It is a so-called iotated vowel. In initial or post-vocalic position, it represents the sounds /jo/, like in 'York'. The same applies if any of ⟨ъ⟩, ⟨ь⟩ precede ⟨ё⟩.

The letter ⟨ё⟩ also indicates the phoneme /o/ together with palatalization of the preceding consonant (if it is possible). No /j/ sound occurs between the consonant and the vowel in this case.

Exact pronunciation of the vowel sound of ⟨ё⟩ can vary because of allophony in Slavic languages. In Russian, it is pronounced [jɵ], with an [ɵ] vowel similar to bird in New Zealand or South African English; see palatalization for some background.

Yo was first used in Russian, but its status in that language is now ambiguous. Yo occurs as a discrete letter in the Cyrillic alphabets of Belarusian, Rusyn, Mongolian and many Caucasian and Turkic languages. 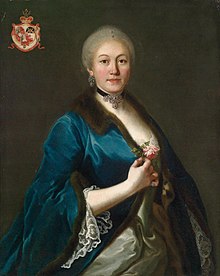 The letter Yo or Jo is the seventh letter of the alphabet, but although it indicates a distinct sound from Ye, it is often treated as the same letter for alphabetisation and sorting. In the dictionary, ёж comes after едок and before ездить.

⟨Ё⟩ represents the phoneme /o/ after /j/ or a soft consonant (or occasionally after ⟨ж⟩, ⟨ш⟩), and it should always be stressed. It alternates with ⟨е⟩, written in non-stressed positions. Unstressed ⟨ё⟩ appears only in rare loanwords, in compound words (in this case it may be considered to have secondary stress; most notably, ⟨ё⟩ occurs in words containing the parts трёх- 'three-' and четырёх- 'four-'), in derivatives of the name of the letter ⟨ё⟩ itself (ёфика́тор - joficator), in loanwords (кёнигсбе́ргский - adjective from Königsberg, сёрфинги́ст from surfing - surfer, сёдзё - shōjo, гёмбёц - gömböc).

In modern Russian, the reflex of Common Slavonic /e/ under stress and following a palatalized consonant but not preceding a palatalized consonant is /o/. Compare, for example, Russian моё mojo ("my" neuter nominative and accusative singular) and Polish/Czech/Slovak/Serbo-Croatian/Slovenian moje. However, since the sound change took place after the introduction of writing, the letter ⟨е⟩ continued to be written in that position. It was not until the 18th century that efforts were made to represent the sound in writing.

From the mid-1730s, it appears sporadically as ⟨іо⟩ or ⟨і͡о⟩, a digraph officially adopted on 18 November 1783 at a session of the Russian Academy under the presidency of Princess Yekaterina Romanovna Vorontsova-Dashkova, and it was used in the Academy Dictionary (1789–1794), but it never gained great popularity.

The combination of sounds [jo] (and [o] after soft consonants) formed in Russian pronunciation for a long time did not find any expression on the letter. In the middle of the 18th century for them was introduced a designation in the form of letters IO under a common lid, but it was cumbersome and was used rarely. Variants were used: the signs о, ьо, їô, ió, ио.

In 1783, instead of existing options, the letter "Ё" was proposed. In the press, however, it was first used only twelve years later (in 1795). There was a suggestion about the influence of the Swedish alphabet.

On 29 November (18 November, old style), in 1783, the director of the St. Petersburg Academy of Sciences, Princess Ekaterina Romanovna Dashkova, held one of the first meetings of the newly established Russian Academy, attended by Gavrila Derzhavin, Denis Fonvizin, Ivan Lepyokhin, Yakov Knyazhnin, Metropolitan Gavril Petrov of St. Petersburg, and others. A project for a full Slavonic-Russian dictionary, the subsequently-published 6-volume "Dictionary of the Russian Academy", was discussed. Academics were about to go home, when Ekaterina Romanovna asked the assembled scholars if any of them could write the word yolka (ёлка, 'fir-tree'). At first they thought that the princess was joking, but writing the word as "іолка" she asked, "Is it appropriate to represent one sound with two letters?" Remarking that "this pronunciation has already been introduced by custom, which must be accommodated in every way possible, so long as it does not contradict common sense," Dashkova proposed to use the new letter "Ё" to represent this pronunciation. Dashkova's arguments proved to be convincing, and Metropolitan Gavril was entrusted with the task of evaluating the new letter.

The letter ⟨ё⟩ was first used in print in 1795 by the poet Ivan Dmitriev. It was used by such influential writers as Nikolai Mikhailovich Karamzin and Gavrila Derzhavin, which assured its acceptance in the literary norm.[1]

The diaeresis ◌̈ does not appear above any other letter in Russian. It serves no purpose except to differentiate between ⟨е⟩ and ⟨ё⟩.

Except for a brief period after World War II, the use of ⟨ё⟩ was never obligatory in standard Russian orthography. By and large, it is used only in dictionaries and in pedagogical literature intended for children and students of Russian as a second language. Otherwise, ⟨е⟩ is used, and ⟨ё⟩ occurs only when it is necessary to avoid ambiguity (such as to distinguish between все ("everybody") and всё ("everything") when it is not obvious from the context) or in words (principally proper nouns) whose pronunciation may not be familiar to the reader. Recent recommendations (2006) from the Russian Language Institute are to use ⟨ё⟩ in proper nouns to avoid an incorrect pronunciation.[2] It is permitted, however, to mark ⟨ё⟩ whenever it occurs,[2] which is the preference of some Russian authors and periodicals.

The fact that ⟨ё⟩ is frequently replaced with ⟨е⟩ in print often causes some confusion to both Russians and non-Russians, as it makes it more difficult for Russian words and names to be transcribed. One recurring problem is with Russian surnames, as both -ев (-ev) and -ёв (-yov) are common endings. Thus, the English-speaking world knows two leaders of the former Soviet Union as Khrushchev and Gorbachev, but their surnames end in Russian with -ёв, better transcribed -yov (which is why many English-speakers pronounce these names as if they end in -ov but they spell them with -ev).

It is important to note that since ⟨ё⟩ usually makes the syllable stressed: "Khrusch(e)v" and "Khrusch(o)v" may sound very different, since English-speakers traditionally shift stress to the first syllable. Some words and names have also changed in Russian because of the confusion: some have had their ⟨ё⟩ replaced with ⟨е⟩, and some ⟨е⟩ replaced with ⟨ё⟩.

The advent of the computer has had a great influence on the process of substitution ⟨ё⟩ with ⟨е⟩ for a counterintuitive reason: currently, the Russian alphabet contains 33 letters including ⟨ё⟩, and codepage designers usually prefer to omit ⟨ё⟩ so that all Russian letters can be placed into sections of 16 letters (16, like other powers of 2, is often preferred in computing over other numbers). Some examples are pre-Unicode character pages 866 for Microsoft DOS and 1251 for Microsoft Windows. Since in both cases, ⟨ё⟩ was placed outside its alphabetically correct position, it made text sorting more complex. Software developers would then choose to substitute all ⟨ё⟩ letters with ⟨е⟩ at an early stage of text processing to simplify later stages.

⟨Ё⟩ can be used in Russian transcription of foreign words originating from languages that use the sound /ø/, spelled eu/ö/ő/ø (French, Germanic languages other than English, Uralic languages), such as "Gerhard Schröder", whose last name is transliterated as Шрёдер (but the ⟨ё⟩-less Bulgarian uses ⟨ьo⟩ for the same vowel) because of its similarity to the native Russian sound [ɵ]. This letter is also often used for transcribing the English vowel /ɜr/, in names like Роберт Бёрнс for "Robert Burns" or Хёрст for "Hearst"/"Hurst"/"Hirst".

However, the sound [jo], in words from European languages, is normally transcribed into Russian as ⟨йо⟩ in initial and post-vocalic position and ⟨ьo⟩ after consonants: Нью-Йорк for "New York" and батальон for "battalion". An apparent exception is the Russian word for "serious", which is spelled серьёзный rather than сериозный. However, this is due to the fact that this word stems from French sérieux with an /ø/ sound. (In the 19th and the early 20th century, both spellings were in use.[3] The spelling with ⟨ио⟩ —⟨іо⟩ in the pre-1918 orthography— was based on Latin seriosus.)

The letter ⟨ё⟩ is normally used to transcribe the Japanese ⟨よ⟩ into Russian Cyrillic, appearing in the Russian transcription of Japanese that would appear as yo (よ), kyo (きょ), sho (しょ) etc. in Hepburn Romanization, but there are a few traditional spellings which break this rule. For example, "Yokohama" is spelled in Russian with ⟨Йо⟩, not ⟨Ё⟩. Similarly, ⟨ё⟩ is used to transcribe into Russian Cyrillic the Korean sounds romanized as ⟨yo⟩. In such transcriptions, as well as in languages other than Russian where ё is used, the use of ё rather than е is obligatory.

It is thought that the letter ⟨ё⟩ is found in at least 2500 surnames used in Russia and other states of the former USSR. It is common for a person who has one of these surnames to possess some legal documents (passports, identification cards, marriage and birth certificates, property ownership papers, etc.) where the name is written with a ⟨ё⟩, and some that use the simple ⟨е⟩ instead. In other situations, a child's birth certificate may have a ⟨ё⟩ and the parents' identity papers all have ⟨е⟩. On occasion such mismatches caused problems to citizens who receive inheritance or complete property transactions.[4]

In Belarusian and Slovakian Rusyn, the letters ⟨е⟩ and ⟨ё⟩ are separate and not interchangeable.

Unlike the Russian spelling system, ⟨ё⟩ is mandatory in the Cyrillic alphabet used by Dungan. In that Sinitic language, the ⟨е⟩/⟨ё⟩ distinction is crucial, as the former is used such as to write the syllable that would have the pinyin spelling of ye in Standard Chinese, and the latter is used for the syllable that appears as yao in pinyin. ⟨Ё⟩ is very prominent in Dungan spelling since the very common syllable appearing as yang in Pinyin is spelled ⟨ён⟩ in Dungan.

Retrieved from "http://en.turkcewiki.org/w/index.php?title=Yo_(Cyrillic)&oldid=949040902"
This website is a mirror of Wikipedia, and is not affiliated with the Wikimedia Foundation.
Categories:
Hidden categories: