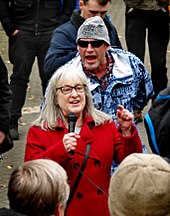 Disagreement is common on Wikipedia. Editors, even highly experienced ones, sometimes disagree on important interpretations of policies and guidelines. There are subtleties and backwaters and little-known guides that can baffle editors who had finally gotten comfortable with "how things work". This happens most often in deletion discussions, whether within the discussions themselves or on the talk pages of the participants outside of the discussions, since the idea of deleting Wikipedia content is one of the most divisive, emotional, and personal things that happens here.

One of the techniques by which an editor can attempt to gain the upper hand in such discussion is through the use of the word "clearly". Even when it is true, "clearly" suggest that others must be opaque or thick. It is a way of insulting those involved in a discussion who disagree with you by suggesting that their efforts or thoughts are obtuse. It is a way of railroading a conversation. At its core, "clearly" is rude.

The fact is, if whatever was at stake were truly "clear", then the discussion at hand would probably not be taking place (which is what the use of "clearly" is implying— that the discussion should not be taking place, even though it is). Here's an example: "Subject clearly meets WP:RARETOPIC paragraph 2 and WP:NSTUFF sentences 21 and 28 plus footnote 4". That statement may or may not be true, but prefacing it with the word "clearly" implies that the opposition was either ignorant about or alternatively must have known about those criteria and was acting in bad faith by not mentioning them. Either way, it neither helpful nor necessary.

On telling others what to do[edit] 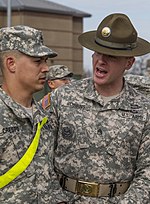 Drill sergeants can tell trainees what to do. You are probably not a drill sergeant on Wikipedia.

Along with the use of "clearly" is the expression "You may want to review basic guideline ABC." This, too, is insulting because it condescendingly insinuates ignorance. The same information can be communicated with, "I am looking at guideline ABC." That phrasing communicates the same information without telling others what to do. If the opposition is not familiar with that guideline, he or she will probably look it up immediately— no suggestions to do so will be necessary, although it might make you feel good to have had a chance to condescend.

It is also important to keep in mind that all editors make mistakes. Sometimes an article is nominated for deletion without the nominator being fully aware of the criteria for that particular kind of article; sometimes the person refuting a deletion nomination may forget that the subject-specific criteria for one article do not apply to certain others. If you notice this and want to point it out so that the editor can be aware of it and won't make the same mistake again, there are many ways to do this without saying, "You may want to review..."

Consider phrasing it like this: "My interpretation of guideline FOO is that articles like this one should be retained on the basis of BAR. What do you think?" This suggests the editor is perhaps already aware of guideline FOO (which may or may not be the case, but that's not the point) and may even have an opinion about which you are not aware— soliciting an opinion on the matter is a very friendly way to see what the other editor is thinking, and also allows that editor an easy out: "Oh, you know, I wasn't even aware of guideline FOO— perhaps I made a mistake." Instead of an angry escalation of the matter, the two editors might even become colleagues. That will never happen if one starts off the interaction by telling the other what to do.

We don't all have time on Wikipedia to engage in every social nicety that usually accompanies verbal social interaction. Sometimes Wikipedia commentary is necessarily curt in order to get the job done. In that line of reasoning, words like "clearly" are only extraneous verbiage which are likely to inflame the other party while trying to win a case by silencing the opposition. Following it with "you may want to review" is just bitter icing on a frosty cake that no one wants to eat: at its core, it is a violation of the basic Wikipedia rules regarding civility and courtesy.

It is obviously important to point to the guidelines or policies you are using to support your own arguments— it is never necessary as a corollary that you "suggest" others review those guidelines or policies in order to finally catch up with the rest of "us" who are so very far ahead of you in understanding what is really going on here. The only thing "clear" is that a discussion is, in fact, taking place, and the only things that need to be suggested for review are the means by which that discussion can be concluded without editors insulting each other's intelligence. Some editors are newer than others, but there are plenty of statistics to show that none of us is exactly stupid. Considering the appalling rate at which Wikipedia has become unable to attract and retain new, competent editors, we would all be better off if we behaved as though that were a shared belief.

As another view, there is often a need in a discussion for saying that a particular argument is not just wrong but very wrong, or for saying that something is not just notable but is very notable, to the extent that saying otherwise is not just an error of judgement, but a definite mistake. A variety of wordings can be used to say this: clearly, very, obviously, unmistakably, plainly. They are just intensifiers. They express the degree of the speaker's view on the matter and are just as valid as using words such as barely, possibly, conceivably , probably and the like. There's a whole spectrum of meaning, and saying where something falls in the spectrum is clarification, not insult... Or at least, may not be intended as one. Consider the following:

The Simpsons, season 11, BABF 14:
The scene: a birthday party is being held for Barney Gumble, the town drunk, at the Simpsons' house. Gumble, intoxicated, is talking to Lisa Simpson.

Lisa: "Mr. Gumble, you are upsetting me."

But the sense of upset is not determined by the person making the statement, it is determined by the person receiving it. One person's emphasis may be experienced as insult, and that is where editors need to be careful. Emphasis, like a planet for the French, is not always needed. In fact, if the statement which follows the intensifier is true in and of itself, emphasis should be completely unnecessary: like a good Wikipedia article, it should stand on its own and its factuality be evident in its citations.

We have tendencies as humans to pass on to others the treatment that we ourselves have received. If we have been insulted, we will tend to pass on insults; if we have been treated as ignorant, we will tend to treat others as ignorant. Information itself is not always retained— what is retained is how we felt about it, and is what we pass on. As you consider your own use of the word "clearly" in a Wikipedia discussion, ask yourself, "How do I suppose I would feel if I were the person for whom this sentence is intended?" as well as, "Do I need this here? Am I saying it this way to make myself feel good?" If you can feel good about your answers to both questions, then when we die, we will all be a lot happier!

Retrieved from "http://en.turkcewiki.org/w/index.php?title=Wikipedia:Nothing_is_clear&oldid=849442976"
This website is a mirror of Wikipedia, and is not affiliated with the Wikimedia Foundation.
Categories: