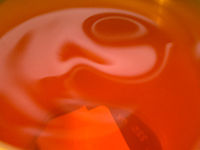 Don't drink the "consensus Kool-Aid" all the time, as long as you speak out against consensus in a civil way.

An event at this AFD discussion has prompted some thought. In this discussion, an editor (and apparently a Wikipedia Admin) took a position that another editor thought was "totally unacceptable and disruptive".

Wikipedia is run largely by consensus and established policies. However, speaking out against consensus and policy is not disruptive if it is done with civility. It's not "disruptive"—consensus can change, and the only way it can change is if someone speaks against it.

So don't "drink the consensus kool-aid" all the time, and if someone is civil and speaks out against consensus, they're not being disruptive—they're just having a conversation.

This does not mean that editors have free rein to make changes to the encyclopedia against well-established consensus or policies (such as deletion of articles, nomination for deletion, etc.). There is a difference between speaking against consensus (or even a policy) and taking actions that disrupt the flow of Wikipedia.

For example, one guideline that has undergone significant change on Wikipedia is Wikipedia:Notability (sports). It is perfectly acceptable to speak out against this guideline on Wikipedia talk:Notability (sports). If an article is in WP:AFD, and that guideline is used, feel free to speak out against that guideline in that discussion. However, if editors express disagreement with the guideline by intentionally nominating for deletion articles that meet its notability standard, they may be considered disruptive even if they act civilly.

Retrieved from "http://en.turkcewiki.org/w/index.php?title=Wikipedia:Don%27t_drink_the_consensus_Kool-Aid&oldid=905902722"
This website is a mirror of Wikipedia, and is not affiliated with the Wikimedia Foundation.
Categories: