Assuming good faith (AGF) is a fundamental principle on Wikipedia. It is the assumption that editors' edits and comments are made in good faith. Most people try to help the project, not hurt it. If this were untrue, a project like Wikipedia would be doomed from the beginning. This guideline does not require that editors continue to assume good faith in the presence of obvious evidence to the contrary (e.g. vandalism). Assuming good faith does not prohibit discussion and criticism. Rather, editors should not attribute the actions being criticized to malice unless there is specific evidence of such.

When disagreement occurs, try as best you can to explain and resolve the problem, not cause more conflict, and so give others the opportunity to reply in kind. Consider whether a dispute stems from different perspectives, and look for ways to reach consensus.

When doubt is cast on good faith, continue to assume good faith yourself when possible. Be civil and follow dispute resolution procedures, rather than attacking editors or edit-warring with them. If you wish to express doubts about the conduct of fellow Wikipedians, please substantiate those doubts with specific diffs and other relevant evidence, so that people can understand the basis for your concerns. Although bad conduct may seem to be due to bad faith, it is usually best to address the conduct without mentioning motives, which might intensify resentments all around.

Be careful about citing this principle too aggressively. Just as one can incorrectly judge that another is acting in bad faith, so too can one mistakenly conclude that bad faith is being assumed; exhortations to "Assume Good Faith" can themselves reflect negative assumptions about others. 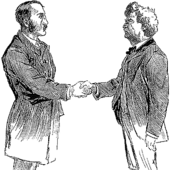 Being civil and assuming good faith is a mainstay on Wikipedia.

Everyone makes mistakes, both behavioral (such as personal attacks) and content-based (such as adding original research). Most of the time, we can correct such mistakes with simple reminders. However, there will be disagreements on Wikipedia for which no policy or guideline has an easy answer. When disagreements happen, ill intent may not be involved. Keep a cool head, and consider dispute resolution if disagreements seem intractable; many of them are not.

Violation of policies—such as engaging in sock-puppetry, violating consensus, and so on—may be perpetrated in either good or bad faith. There are processes for dealing with all of these, and sanctions for repeated violation of policy will apply regardless of whether bad faith was involved or not.

Main page: Wikipedia:Please do not bite the newcomers

It is important to be patient with newcomers, who will be unfamiliar with Wikipedia's culture and rules, but may nonetheless turn out to be valuable contributors.

A newcomer's behavior probably seems appropriate to them, and a problem in that regard usually indicates unawareness or misunderstanding of Wikipedian culture. It is not uncommon for a newcomer to believe that an unfamiliar policy should be changed to match their notion of how things should function, especially if they notice that there is already some level of disagreement over the policy in question. Similarly, many newcomers want to have their contributions to articles accepted without question, especially those which pertain to subjects on which they have extensive knowledge. Behaviors arising from these perspectives, while possibly misguided, are usually not malicious and should not be treated as such. Many new users who lack an intuitive grasp of Wikipedia customs are gradually brought around, once the logic behind these customs becomes clearer to them.

When dealing with possible copyright violations, good faith means assuming that editors intend to comply with site policy and the law. That is different from assuming they have actually complied with either. Editors have a proactive obligation to document image uploads, etc. and material may be deleted if the documentation is incorrect or inadequate. Good faith corrective action includes informing editors of problems and helping them improve their practices.

In addition to assuming good faith, encourage others to assume good faith by demonstrating your own good faith. You can do this by articulating your honest motives and by making edits that show your willingness to compromise, interest in improving Wikipedia, adherence to policies and guidelines, belief in the veracity of your edits, avoidance of gaming the system, and other good-faith behavior. Showing good faith is not required, but it aids smooth and successful interactions with editors. 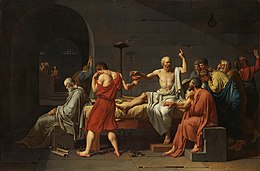 Socrates steadfastly adhered to the assumption that others around him were acting in good faith.

Even if bad faith is evident, do not act uncivilly yourself in return, attack others, or lose your cool over it. It is ultimately much easier for others to resolve a dispute and see who is breaching policies if one side is clearly acting appropriately throughout.

Wikipedia administrators and other experienced editors involved in dispute resolution will usually be glad to help, and are very capable of identifying policy-breaching conduct if their attention is drawn to clear and specific evidence.

Accusing others of bad faith

Avoid accusing other editors of bad faith without clear evidence in the form of diffs. Making such claims often serves no purpose and could be seen as inflammatory and hence aggravate a dispute. Without clear evidence that the action of another editor is actually in bad faith or harassment, repeatedly alleging bad faith motives could be construed as a personal attack. The result could be accusations of bad faith on your part, which tends to create a nasty cycle of unhelpful accusations and counter-accusations.

Assume good faithat Wikipedia's sister projects
Retrieved from "http://en.turkcewiki.org/w/index.php?title=Wikipedia:Assume_good_faith&oldid=992724728"
This website is a mirror of Wikipedia, and is not affiliated with the Wikimedia Foundation.
Categories:
Hidden categories: