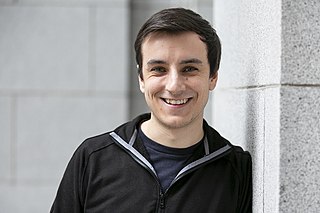 I've been editing Wikipedia since 2013 as Samwalton9; I started working on video game articles, and later shifted focus to working on scientist biographies and administration tasks. I have written close to 100 articles on the English Wikipedia, in addition to contributions to other projects including Wikimedia Commons and Wikisource.

In 2015 I became involved with The Wikipedia Library coordinating metrics reporting on a volunteer basis. Between April 2016 and June 2018 I was a contractor as Partnerships Coordinator for the library, before converting to a full time Program Officer role in July 2018. From January 2020 I have been the Product Manager for the team in the Product department.

With The Wikipedia Library my role focuses on improving the reliability and verifiability of content on Wikimedia projects. In particular, I coordinate TWL's partnerships with publishers, aggregators, and online reference works, which involves both reaching out to new potential partners and overseeing ongoing partnerships.

I also oversee development of the Library Card platform and other tools including Hashtags and Wikilink, and support global coordinators with getting access to resources in non-English languages.

Disclaimer: I work for or provide services to the Wikimedia Foundation, and this is the account I try to use for edits or statements I make in that role. However, the Foundation does not vet all my activity, so edits, statements, or other contributions made by this account may not reflect the views of the Foundation.