Jump to navigation Jump to search
See also: Armorial of the United States 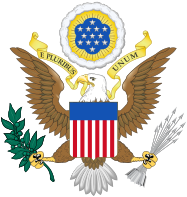 The coat of arms as it appears on the Great Seal of the United States, agency emblems, passports and embassies. 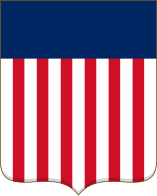 The escutcheon also appears by itself on (for example) the seal of the United States Coast Guard.

Heraldry in the United States was first established by European settlers who brought with them the heraldic customs of their respective countries of origin. As the use of coats of arms may be seen as a custom of royalty and nobility, it had been debated whether the use of arms is reconcilable with American republican traditions. Families from English, Scottish, Irish, Welsh, German, and other European nations with a heraldic tradition have retained their familial coat of arms in the United States. Several founding fathers also employed personal arms and a great number of Americans continue to do so.

Most states do not employ coats of arms, but have chosen to use seals as their official emblems, but the United States has a coat of arms. The U.S. Constitution prohibits federal and state governments from conferring titles of nobility (see Title of Nobility Clause) and there are few noble coats of arms in the country. However private persons, including several past presidents, employ coats of arms either granted to them, or which they inherited. Since there is no official regulation on arms, except for the official seals, badges, insignia, decorations and medals of the country and the states, many private individuals have assumed arms, in addition to those who inherited them, or had them granted by or registered in another country. There is one anomalous exception to this lack of regulation: the coat of arms of the Swiss Confederation is specifically protected from unauthorized use within the U.S., under penalty of a fine and/or imprisonment for up to six months.[1] 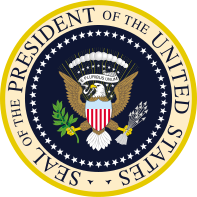 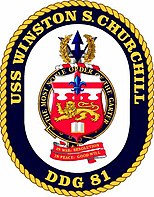 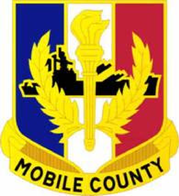 Three examples of work by the Institute: the Seal of the President of the United States; the coat of arms of the USS Winston S. Churchill; Mobile County (Alabama) Public School JROTC Distinctive Unit Insignia

Heraldic and other military symbols have been used by the military forces as well as other organizational elements of the government since the beginning of the Revolution. However, until 1919, there was no coordinated, overall military symbolism program. In that year, within the War Department General Staff, an office was delegated the responsibility for the coordination and approval of coats of arms and insignia of certain Army organizations. In 1924, formal staff responsibility for specific military designs was delegated to The Quartermaster General. As the needs for symbolism by the military services and the national government expanded, the scope of the services furnished by The Quartermaster General’s Office evolved into a sizable heraldic program. The acceleration of activities brought about by World War II, the expansion of the Army, and subsequent increase of interest in symbolism, contributed to the growth of the program. In 1949, the Munitions Board, acting for the Army, Navy and Air Force, directed the Army to provide heraldic services to all military departments. The program was expanded further as a result of the enactment of Public Law 85-263, approved September 1957, 71 Stat. 589, which delineates the authority of the Secretary of the Army to furnish heraldic services to the military departments and other branches of the federal government.

The U.S. Army Institute of Heraldry consists of a staff of twenty civilians. The mission of the Institute is to furnish heraldic services to the Armed Forces and other United States government organizations, including the Executive Office of the President. The activities of the Institute encompass research, design, development, standardization, quality control, and other services relating to official symbolic items—seals, decorations, medals, insignia, badges, flags, and other items awarded to or authorized for official wear or display by government personnel and agencies. Limited research and information services concerning official symbolic items are also provided to the general public.[2]

See also: Coats of arms of the U.S. states

Eighteen states have officially adopted a coat of arms. The former independent Republic of Texas and Kingdom of Hawaii each had a separate national coat of arms, which are no longer used.

Puerto Rico has a coat of arms as well, originally granted by the Spanish Crown in 1512, which also influenced the design of that territory's seal.

The flags of Maryland and the District of Columbia are heraldic banners of the historical coats of arms of specific individuals.

There are several private organizations working to advance heraldic traditions in the United States such as The American College of Heraldry or Assume Arms . These organizations keep registers of arms and give advice on designing coats of arms.

For a fee, the English College of Arms will devise arms for persons of English or Welsh descent, as the Scottish Court of the Lord Lyon will for persons of Scottish descent. The Chief Herald of Ireland has granted arms to Americans of Irish descent. Some American recipients of foreign orders of knighthood in which arms are expected to be borne have received arms from the relevant foreign authorities. 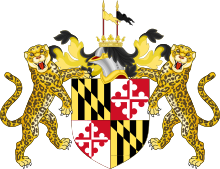 Arms of Lord Baltimore, and later those of Maryland. 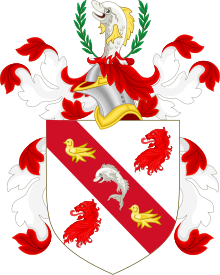 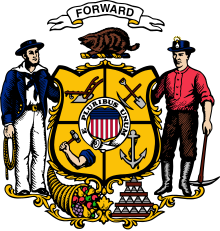 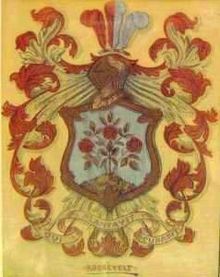 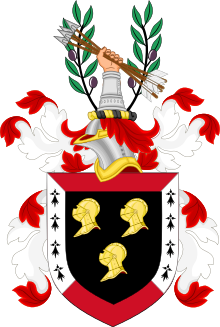 Coat of arms granted to John F. Kennedy by the Chief Herald of Ireland in 1961.

Retrieved from "http://en.turkcewiki.org/w/index.php?title=United_States_heraldry&oldid=974288085"
This website is a mirror of Wikipedia, and is not affiliated with the Wikimedia Foundation.
Categories:
Hidden categories: