What do "box drawing characters" have to do with the Web? Also, why does the description say what they are useless for instead of what they are useful for? Seems to me that the original editor wanted to define these from an extremely narrow perspective. 195.82.190.108 (talk) 00:46, 16 December 2008 (UTC)

I think that you are selectively putting too much emphasis on particular sentences. It begins by saying where they are useful ("in text user interfaces to draw various frames and boxes.") and then goes on to say that they are not so useful in GUI applications. That point is a bit more forceful than I would like but it isn't wrong. As for the web, that only receives a passing mention, which indeed it should, but it makes its purpose perfectly clear in my eyes. If user comments are restricted to unformatted plain text then the box drawing characters allow for boxes or rules to be drawn in user comments. Maybe this isn't used so much in actual posts but I've certainly seen it in signatures. CrispMuncher (talk) 14:15, 16 December 2008 (UTC)

How come the image, which supposedly is able to show the characters properly even if the browser can't, doesn't show any difference between the thick and the thin versions of the characters? 136.163.203.3 10:52, 10 November 2006 (UTC)

Still not satisfactory for showing the box drawing characters, because of lack of spacing (example: Row 2540. Where does each character start and end?). I’ve created a new image to replace it. --Shlomi Tal ☜ 10:45, 23 August 2007 (UTC)

Should things like the ZX81/Sinclair pseudographics be mentioned here (e.g., for the dithering patterns in the character set)? --BACbKA 22:59, 1 December 2006 (UTC)

is it really not possible to make a chunk of the page render using a monospaced font that contains those chars in all the more common browsers using the WikiMedia system? was it really necessary to use tables and non-breaking spaces and whatever? --TiagoTiago (talk) 04:20, 29 May 2009 (UTC)

I just checked the HTML output generated by Template:Box-drawing sample, and it outputs this:

Your mobile device doesn't display a monospaced font when the HTLM clearly tells it to. Wikipedia should not attempt to accommodate your broken device. Instead, you should report the bug to the vendor who wrote the code that fails such a basic task. --Guy Macon (talk) 17:56, 2 November 2018 (UTC)

How does the "style" work? Does it pick the first, or the last, font that exists? It seems like removing "courier new" from the list will fix your phone. Personally I don't see why it does not just say "monospace", why are the other fonts there at all?Spitzak (talk) 19:11, 2 November 2018 (UTC)

I agree with Wikipedia's choices here. Consolas is a good first choice. It's a good looking ClearType font with all the usual line drawing characters and is included in Windows Vista and later, Word, Excel, etc. Lucida console is pretty close in apperance to consolas, and is available in some older MS systems like Windows 2000. Courier New works as far back as Windows 3.1. (Apple, Linux and Android all understand these fonts and either serve them up or serve up an almost identical open-source alternative) Courier is pretty much universal; IBM deliberately chose not to seek any copyright, trademark, or design patent protection. --Guy Macon (talk) 22:41, 2 November 2018 (UTC)

I wanted to use it in some french page, but it does only work as wanted (It works in edition mode but not in visualisation one, this is, it does depend of the zoom level!) Text is not always as large as drawing! I wonder if any alterative exist.

Hey there. You didn't remember to sign your post with four tildes (~~~~), so I can't tell if you're still having this problem. If you still are, maybe I can help: 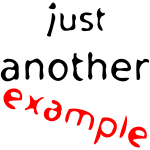 Is there a reason there aren't as many single/double lines combinations as there are thin/thick?[edit]

Did they ran out of memory back when the standard was first developed, or somehow they didn't thought there would be an use for those variations for some reason? --TiagoTiago (talk) 22:52, 15 June 2015 (UTC)

More likely it was because existing character sets did not cover the variations which you might expect. TEDickey (talk) 00:37, 16 June 2015 (UTC)

It looks like somebody decided to support all combinations of none, thin, and thick segments (3^4(all combinations) - 1(blank) = 80). Not sure why as such thick/thin combinations were pretty rare and they did not copy characters from more popular graphics sets.
Adding a full set of single+double combinations would add (3^4 - 2^4(non-double ones and blank) = 65) more. It looks like they did not include the ones with one = segment (4) and all the ones with -= straight lines ((4 orientations of 3^2 - 4(counted twice) = 32), which leaves 29, which is how many there are. This is also exactly the set provided on the IBM PC.Spitzak (talk) 19:38, 1 November 2018 (UTC)

Retrieved from "http://en.turkcewiki.org/w/index.php?title=Talk:Box-drawing_character&oldid=881395745"
This website is a mirror of Wikipedia, and is not affiliated with the Wikimedia Foundation.
Categories: