Jump to navigation Jump to search
For other uses, see Solitude (disambiguation).
For the control technique, see Isolation to facilitate abuse.
"Social withdrawal" redirects here. It is not to be confused with Social isolation or Loneliness.

Solitude is a state of seclusion or isolation, i.e., lack of contact with people. It may stem from bad relationships, loss of loved ones, deliberate choice, infectious disease, mental disorders, neurological disorders or circumstances of employment or situation (see castaway).

Short-term solitude is often valued as a time when one may work, think or rest without being disturbed. It may be desired for the sake of privacy.

A distinction has been made between solitude and loneliness. In this sense, these two words refer, respectively, to the joy and the pain of being alone.[1][2][3]

Symptoms from complete isolation, called sensory deprivation, often include anxiety, sensory illusions, or even distortions of time and perception. However, this is the case when there is no stimulation of the sensory systems at all, and not only lack of contact with people. Thus, by having other things to keep one's mind busy, this is avoided.[4]

Still, long-term solitude is often seen as undesirable, causing loneliness or reclusion resulting from inability to establish relationships. Furthermore, it might even lead to clinical depression. However, for some people, solitude is not depressing. Still others (e.g. monks) regard long-term solitude as a means of spiritual enlightenment. Indeed, marooned people have been left in solitude for years without any report of psychological symptoms afterwards.[citation needed]

Enforced loneliness (solitary confinement) has been a punishment method throughout history. It is often considered a form of torture. In contrast, some psychological conditions (such as schizophrenia[5] and schizoid personality disorder) are strongly linked to a tendency to seek solitude.

Emotional isolation is a state of isolation where one has a well-functioning social network but still feels emotionally separated from others.[citation needed]

Recently, however, researchers like Robert J. Coplan and Julie C. Bowker have rejected the notion that solitary practices and solitude are inherently dysfunctional and undesirable. In their book The Handbook of Solitude, the authors note how solitude can allow for enhancements in self-esteem, generates clarity, and can be highly therapeutic.[6] In the edited work, Coplan and Bowker invite not only fellow psychology colleagues to chime in on this issue, but they also invite a variety of other faculty from different disciplines to address the issue. Arguably the most interesting of these alternative views comes from Fong's chapter on how solitude is more than just a personal trajectory for one to take inventory on life; it also yields a variety of important sociological cues that allow the protagonist to navigate through society, even highly politicized societies.[7] In the process, political prisoners in solitary confinement were examined to see how they concluded their views on society. Thus Fong, Coplan, and Bowker conclude that a person's experienced solitude generates immanent and personal content as well as collective and sociological content, depending on context. 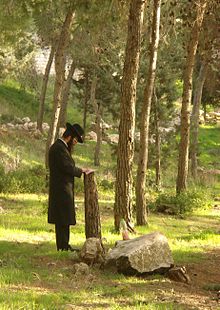 There are both positive and negative psychological effects of solitude. Much of the time, these effects and the longevity is determined by the amount of time a person spends in isolation.[8] The positive effects can range anywhere from more freedom to increased spirituality,[9] while the negative effects are socially depriving and may trigger the onset of mental illness.[10] While positive solitude is often desired, negative solitude is often involuntary or undesired at the time it occurs.[11]

There are many benefits to spending time alone. Freedom is considered to be one of the benefits of solitude; the constraints of others will not have any effect on a person who is spending time in solitude, therefore giving the person more latitude in their actions. With increased freedom, a person’s choices are less likely to be affected by exchanges with others.[9]

A person's creativity can be sparked when given freedom. Solitude can increase freedom and moreover, freedom from distractions has the potential to spark creativity. In 1994, psychologist Mihaly Csikszentmihalyi found that adolescents who cannot bear to be alone often stop enhancing creative talents.[9]

Another proven benefit to time given in solitude is the development of self. When a person spends time in solitude from others, they may experience changes to their self-concept. This can also help a person to form or discover their identity without any outside distractions. Solitude also provides time for contemplation, growth in personal spirituality, and self-examination. In these situations, loneliness can be avoided as long as the person in solitude knows that they have meaningful relations with others.[9]

Too much solitude is not always considered beneficial. Many of the negative effects have been observed in prisoners. Often, prisoners spend extensive time in solitude, where their behavior may worsen.[10] Solitude can trigger physiological responses that increase health risks.[12]

Negative effects of solitude may also depend on age. Elementary age school children who experience frequent solitude may react negatively.[13] This is largely because, often, solitude at this age is not something chosen by the child. Solitude in elementary-age children may occur when they are unsure of how to interact socially with others so they prefer to be alone, causing shyness or social rejection.

While teenagers are more likely to feel lonely or unhappy when not around others, they are also more likely to have a more enjoyable experience with others if they have had time alone first. However, teenagers who frequently spend time alone do not have as good a global adjustment as those who balance their time of solitude with their social time.[13] 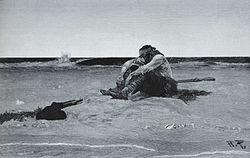 Solitude does not necessarily entail feelings of loneliness, and in fact may, for those who choose it with deliberate intent, be one's sole source of genuine pleasure. Some individuals seek solitude for discovering a more meaningful and vital existence.[14] For example, in religious contexts, some saints preferred silence and found immense pleasure in their perceived uniformity with God. Solitude is a state that can be positively modified utilizing it for prayer allowing to "be alone with ourselves and with God, to put ourselves in listening to his will, but also of what moves in our hearts, let purify our relationships; solitude and silence thus become spaces inhabited by God, and ability to recover ourselves and grow in humanity. "[15]

The Buddha attained enlightenment through uses of meditation, deprived of sensory input, bodily necessities, and external desires, including social interaction. The context of solitude is attainment of pleasure from within, but this does not necessitate complete detachment from the external world.

Solitude and the Sea, a theme by Jacques Bodin

This is well demonstrated in the writings of Edward Abbey with particular regard to Desert Solitaire where solitude focused only on isolation from other people allows for a more complete connection to the external world, as in the absence of human interaction the natural world itself takes on the role of the companion. In this context, the individual seeking solitude does so not strictly for personal gain or introspection, though this is often an unavoidable outcome, but instead in an attempt to gain an understanding of the natural world as entirely removed from the human perspective as possible, a state of mind much more readily attained in the complete absence of outside human presence. In psychology, introverted individuals may require spending time away from people to recharge. Those who are simply socially apathetic might find it a pleasurable environment in which to occupy oneself with solitary tasks.

Isolation in the form of solitary confinement is a punishment or precaution used in many countries throughout the world for prisoners accused of serious crimes, those who may be at risk in the prison population, those who may commit suicide, or those unable to participate in the prison population due to sickness or injury. Research has found that solitary confinement does not deter inmates from committing further violence in prison.[16]

Psychiatric institutions may institute full or partial isolation for certain patients, particularly the violent or subversive, in order to address their particular needs and to protect the rest of the recovering population from their influence.

Retrieved from "http://en.turkcewiki.org/w/index.php?title=Solitude&oldid=977647831"
This website is a mirror of Wikipedia, and is not affiliated with the Wikimedia Foundation.
Categories:
Hidden categories: