Jump to navigation Jump to search
This article is about investments in private equity through publicly traded vehicles. For Private Investments in Public Equity or PIPEs, see Private investment in public equity.

There are fundamentally two separate opportunities that private equity firms pursued in the public markets. These options involved a public listing of either:

Historically, in the United States, there had been a group of publicly traded private equity firms that were registered as business development companies (BDCs) under the Investment Company Act of 1940.[1]

Typically, BDCs are structured similar to real estate investment trusts (REITs) in that the BDC structure reduces or eliminates corporate income tax. In return, REITs are required to distribute 95% of their income, which may be taxable to its investors.

A venture capital trust or VCT is a highly tax efficient UK closed-end collective investment scheme designed to provide capital finance for small expanding companies and capital gains for investors. VCTs are companies listed on the London Stock Exchange, which invest in other companies which are not themselves listed.

First introduced by the Conservative government in the Finance Act, 1995 they have proved to be much less risky than originally anticipated. The last created VCTs to encourage investment into new UK businesses. 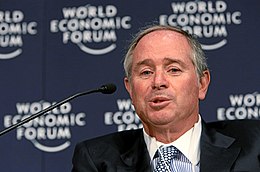 In May 2006, Kohlberg Kravis Roberts raised $5 billion in an initial public offering for a new permanent investment vehicle (KKR Private Equity Investors or KPE) listing it on the Euronext exchange in Amsterdam (ENXTAM: KPE). KKR raised more than three times what it had expected at the outset as many of the investors in KPE were hedge funds seeking exposure to private equity but could not make long term commitments to private equity funds. Because private equity had been booming in the preceding years, the proposition of investing in a KKR fund appeared attractive to certain investors.[6] However, KPE's first-day performance was lackluster, trading down 1.7% and trading volume was limited.[7] Initially, a handful of other private equity firms and hedge funds had planned to follow KKR's lead but shelved those plans when KPE's performance continued to falter after its IPO. KPE's stock declined from an IPO price of €25 per share to €18.16 (a 27% decline) at the end of 2007 and a low of €11.45 (a 54.2% decline) per share in Q1 2008.[8] KPE disclosed in May 2008 that it had completed approximately $300 million of secondary sales of selected limited partnership interests in and undrawn commitments to certain KKR-managed funds in order to generate liquidity and repay borrowings.[9]

Less than two weeks after the Blackstone Group IPO, in 2007 Kohlberg Kravis Roberts filed with the SEC[10] in July 2007 to raise $1.25 billion by selling an ownership interest in its management company.[11] KKR had previously listed its KKR Private Equity Investors (KPE) private equity fund vehicle in 2006. The onset of the credit crunch and the shutdown of the IPO market would dampen the prospects of obtaining a valuation that would be attractive to KKR and the flotation was repeatedly postponed.

The initial public offering completed by Blackstone intensified the level of attention directed toward the private equity industry overall as media commentators focused on the large payout received by the firm's CEO Steve Schwarzman.[12] Schwarzman received a severe backlash from both critics of the private equity industry and fellow investors in private equity. An ill-timed birthday event around the time of the IPO led various commentators to draw comparisons to the excesses of notorious executives including Bernie Ebbers (WorldCom) and Dennis Kozlowski (Tyco International). David Bonderman, a co-founder of the private equity firm TPG Capital, remarked, "We have all wanted to be private – at least until now. When Steve Schwarzman's biography with all the dollar signs is posted on the web site none of us will like the furor that results – and that's even if you like Rod Stewart."[12]

Meanwhile, other private equity investors would also seek to realize a portion of the value locked into their firms. In September 2007, the Carlyle Group sold a 7.5% interest in its management company to Mubadala Development Company, which is owned by the Abu Dhabi Investment Authority (ADIA) for $1.35 billion, which valued Carlyle at approximately $20 billion.[13] Similarly, in January 2008, Silver Lake Partners sold a 9.9% stake in its management company to CalPERS for $275 million.[14]

Additionally, Apollo Management completed a private placement of shares in its management company in July 2007. By pursuing a private placement rather than a public offering, Apollo would be able to avoid much of the public scrutiny applied to Blackstone and KKR.[15] [16] In April 2008, Apollo filed with the SEC[17] to permit some holders of its privately traded stock to sell their shares on the New York Stock Exchange.[18] In April 2004, Apollo raised $930 million for a listed business development company, Apollo Investment Corporation NASDAQ: AINV, to invest primarily in middle-market companies in the form of mezzanine debt and senior secured loans, as well as by making direct equity investments in companies. The Company also invests in the securities of public companies.[19]

Retrieved from "http://en.turkcewiki.org/w/index.php?title=Publicly_traded_private_equity&oldid=873440253"
This website is a mirror of Wikipedia, and is not affiliated with the Wikimedia Foundation.
Categories:
Hidden categories: