Canada is a country in the northern part of North America. Its ten provinces and three territories extend from the Atlantic to the Pacific and northward into the Arctic Ocean, covering 9.98 million square kilometres (3.85 million square miles), making it the world's second-largest country by total area. Its southern and western border with the United States, stretching 8,891 kilometres (5,525 mi), is the world's longest bi-national land border. Canada's capital is Ottawa, and its three largest metropolitan areas are Toronto, Montreal, and Vancouver.

A developed country, Canada has the seventeenth-highest nominal per-capita income globally as well as the thirteenth-highest ranking in the Human Development Index. Its advanced economy is the tenth-largest in the world, relying chiefly upon its abundant natural resources and well-developed international trade networks. Canada is part of several major international and intergovernmental institutions or groupings including the United Nations, NATO, the G7, the Group of Ten, the G20, the United States–Mexico–Canada Agreement and the Asia-Pacific Economic Cooperation forum.

More about...Canada, its history and culture 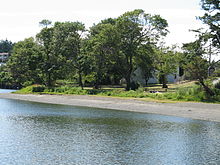 Craigflower Farm from a distance.

The Craigflower Manor and Craigflower Schoolhouse are National Historic Sites of Canada located in View Royal, British Columbia (the Manor) and Saanich (the Schoolhouse) near Victoria. The centerpiece of each historic site is a 19th-century building — a manor and schoolhouse commissioned by the Hudson's Bay Company to provide education and lodging for their employees. Built as part of the agricultural community Craigflower Farm, the buildings served as a focal point for the community into the modern era; they remain open to the public today as museums devoted to the colonial history of Victoria. Read more... 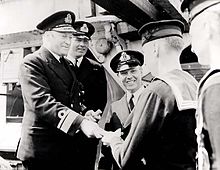 Rear-Admiral Leonard Warren Murray, CB, CBE (22 June 1896 – 25 November 1971) was an officer of the Royal Canadian Navy who played a significant role in the Battle of the Atlantic. He commanded the Newfoundland Escort Force from 1941–1943, and from 1943 to the end of the war was Commander-in-Chief, Canadian Northwest Atlantic. He was the only Canadian to command an Allied theatre of operations during World War I or World War II. Read more...

A serving of poutine from Montreal, Quebec

listen)) is a dish of french fries and cheese curds topped with a brown gravy. It originated in the Canadian province of Quebec and emerged in the late 1950s in the Centre-du-Québec area. It has long been associated with Quebec cuisine. For many years, it was perceived negatively and mocked, and even used by some to stigmatize Quebec society. Poutine later became celebrated as a symbol of Québécois cultural pride. Its rise in prominence led to its popularity outside the province, especially in Ontario, the Maritimes, and in the Northeastern United States. Read more...

The monarchy of Canada is at the core of Canada's constitutional federal structure and Westminster-style parliamentary democracy. The monarchy is the foundation of the executive (Queen-in-Council), legislative (Queen-in-Parliament), and judicial (Queen-on-the-Bench) branches of both federal and provincial jurisdictions. The Queen of Canada (and head of state) has been Elizabeth II since 6 February 1952. The official styles of the Monarch is "By the Grace of God of the United Kingdom, Canada and Her other Realms and Territories Queen, Head of the Commonwealth, Defender of the Faith." Read more...

September 19, 2020 – Canada–China relations
Canadian Foreign Minister François-Philippe Champagne announces that Canada has ceased discussing any free trade agreements with China. Canada has walked away from free-trade talks with China amid soured relations over arrest of Huawei CFO Meng Wanzhou and the detention of Michael Kovrig and Michael Spavor. He states that "the China of 2020 is not the China of 2016". (South China Morning Post)
September 15, 2020 – Canada–United States relations
Canada–United States trade relations, Trump tariffs
The United States announces the suspension of the 10 percent tariff imposed on Canadian aluminum imports since August with the Office of the U.S. Trade Representative citing a "sharp" decline in imports for the decision. (AFP via RFI)
August 31, 2020 – COVID-19 pandemic
COVID-19 pandemic in Canada
Maryland-based vaccine development company Novavax signs a deal with Canada to supply up to 76 million doses of its COVID-19 vaccine. (CBC)

Did you know? - show another 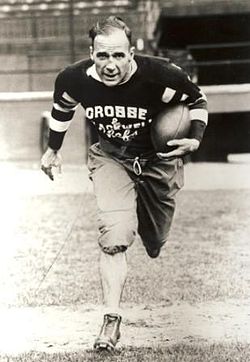 Named Canada's male athlete of the half-century in 1950, Lionel Conacher won both the Grey Cup and Stanley Cup during his career as well as championships in baseball, lacrosse and boxing.

The Lionel Conacher Award is an annual award given to Canada's male athlete of the year. The sports writers of the Canadian Press (CP) first conducted a poll to determine the nation's top athlete, of either gender, in 1932. Separate polls for the best male and female athletes were conducted beginning the following year. The CP formalized the poll into an award in 1978, presenting their winner a plaque. It was named after Lionel Conacher, a multi-sport champion whom the news organization had named its top athlete of the half-century in 1950. The award is separate from the Lou Marsh Trophy, in which a select panel of sports writers vote for their top overall athlete. Read more... 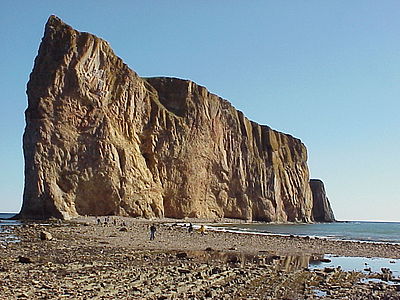 Purge server cache
Retrieved from "http://en.turkcewiki.org/w/index.php?title=Portal:Canada&oldid=961755060"
This website is a mirror of Wikipedia, and is not affiliated with the Wikimedia Foundation.
Categories:
Hidden categories: