Jump to navigation Jump to search
For the magazine, see Institutional Investor (magazine).

Although institutional investors appear to be more sophisticated than retail investors, it remains unclear if professional active investment managers can reliably enhance risk adjusted returns by an amount that exceeds fees and expenses of investment management, due to issues with limiting agency costs.[1]:4 Lending credence to doubts about active investors' ability to 'beat the market', passive index funds have gained traction with the rise of passive investors: the three biggest US asset managers together owned an average of 18% in the S&P 500 Index and together constituted the largest shareholder in 88% of the S&P 500 by 2015.[2] The potential of institutional investors in infrastructure markets is increasingly noted after financial crises in the early twenty-first century.[3] 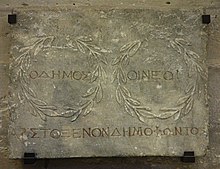 Roman law ignored the concept of juristic person, yet at the time the practice of private evergetism (which dates to, at least, the 4th century BC in Greece) sometimes led to the creation of revenues-producing capital which may be interpreted as an early form of charitable institution. In some African colonies in particular, part of the city's entertainment was financed by the revenue generated by shops and baking-ovens originally offered by a wealthy benefactor.[4] In the South of Gaul, aqueducts were sometimes financed in a similar fashion.[5]

The legal principle of juristic person might have appeared with the rise of monasteries in the early centuries of Christianity. The concept then might have been adopted by the emerging Islamic law. The waqf (charitable institution) became a cornerstone of the financing of education, waterworks, welfare and even the construction of monuments.[6] Alongside some Christian monasteries[7] the waqfs created in the 10th century AD are amongst the longest standing charities in the world (see for instance the Imam Reza shrine).

Following the spread of monasteries, almhouses and other hospitals, donating sometimes large sums of money to institutions became a common practice in medieval Western Europe. In the process, over the centuries those institutions acquired sizable estates and large fortunes in bullion. Following the collapse of the agrarian revenues, many of these institutions moved away from rural real estate to concentrate on bonds emitted by the local sovereign (the shift dates back to the 15th century for Venice,[8] and the 17th century for France[9] and the Dutch Republic[10]). The importance of lay and religious institutional ownership in the pre-industrial European economy cannot be overstated, they commonly possessed 10 to 30% of a given region arable land.

In the 18th century, private investors pool their resources to pursue lottery tickets and tontine shares allowing them to spread risk and become some of the earliest speculative institutions known in the West.

Following several waves of dissolution (mostly during the Reformation and the Revolutionary period) the weight of the traditional charities in the economy collapsed; by 1800, institutions solely owned 2% of the arable land in England and Wales.[11] New types of institutions emerged (banks, insurance companies), yet despite some success stories, they failed to attract a large share of the public's savings and, for instance, by 1950, they owned 48% of US equities and certainly even less in other countries.[12]

In Canada, companies selling to accredited investors can be exempted from regulatory reporting by each of the provincial Canadian Securities Administrators.

Institutional investors investment horizons' differ, but do not share the same life cycle as human beings. Unlike individuals, they do not have a phase of accumulation (active work life) followed by one of consumption (retirement), and they do not die. Here insurance companies differ from the rest of the institutional investors; as they cannot guess when they will have to repay their clients. Therefore, they need highly liquid assets which reduces their investment opportunities. Others like pension funds can predict long ahead when they will have to repay their investors allowing them to invest in less liquid assets such as private equities, hedge funds or commodities. Finally, other institutions have an extended investment horizon, allowing them to invest in illiquid assets as they are unlikely to be forced to sell them before term.

Some examples of important Canadian institutional investors are:

In India, the term Foreign Institutional Investor (FII) is used to refer to foreign companies investing in India's capital markets.[18]

Japan is home to the world's largest pension fund (GPI) and is home to 63 of the top 300 pension funds worldwide (by Assets Under Management). These include:

In the UK, institutional investors may play a major role in economic affairs, and are highly concentrated in the City of London's square mile. Their wealth accounts for around two-thirds of the equity in public listed companies. For any given company, the largest 25 investors would have to be able to muster over half of the votes.[21]

The major investor associations are:

Retrieved from "http://en.turkcewiki.org/w/index.php?title=Institutional_investor&oldid=993547352"
This website is a mirror of Wikipedia, and is not affiliated with the Wikimedia Foundation.
Categories:
Hidden categories: