The service implements the National Forest Policy[5] in order to ensure the ecological stability of the country through the protection and participatory sustainable management of natural resources. The members of the service also manage the National Parks, Tiger Reserve, Wildlife Sanctuaries and other Protected Areas of the country. A Forest Service officer is wholly independent of the district administration and exercises administrative, judicial and financial powers in their own domain. Positions in state forest department, such as District/Divisional Forest Officer (DFO), Conservator of Forests, Chief Conservator of Forests and Principal Chief Conservator of Forests etc., are held, at times, by Indian Forest Service officers. The highest-ranking Forest Service official in each state is the Head of Forest Forces.

Earlier, the British Government in India had constituted the Imperial Forest Service in 1867 which functioned under the Federal Government until the Government of India Act 1935 was passed and responsibility was transferred to the provinces.

Administration of the Service is the responsibility of the Ministry of Environment, Forest and Climate Change. 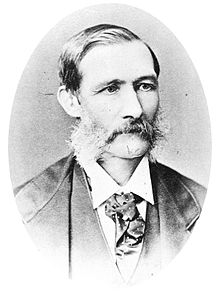 Dietrich Brandis is widely considered as the father of the Service

Officers appointed from 1867 to 1885 were trained in Germany and France, and from 1885 to 1905 at Cooper's Hill, London, also known as Royal Indian Engineering College. From 1905 to 1926, the University of Oxford (Sir William Schlich), University of Cambridge, and University of Edinburgh trained Imperial Forestry Service officers.

The modern Indian Forest Service was established in 1966, after independence, under the All India Services Act 1951. The first Inspector General of Forests, Hari Singh, was instrumental in the development of the Forest Service.

Officers are recruited through an open competitive examination conducted by the UPSC[9] and then trained for about two years by the Central Government at Indira Gandhi National Forest Academy. Their services are placed under various State cadres and joint cadres, being an All India Service they have the mandate to serve both under the State and Central Governments.[10]

Forest Service officers are recruited via an open competitive examination conducted by the UPSC[9] and then trained for about two years by the Central Government at Indira Gandhi National Forest Academy. Their services are placed under various State cadres and joint cadres, even though they have the mandate to serve both under the State and Central Governments.[10]

On acceptance to the Forest Service, new entrants undergo a probationary period (and are referred to as Officer Trainees). Training begins at the Lal Bahadur Shastri National Academy of Administration in Mussoorie, where members of many civil services are trained for the period of 15 weeks.

On completion of which they go to the Indira Gandhi National Forest Academy at Dehradun, for a more intensive training in a host of subjects important to Forestry, Wildlife Management, Biodiversity, Environment Protection, Climate Change, Forest Policies and Laws, Remote Sensing and GIS, Forest Dwellers and Scheduled Tribes.[11][12] After completion of their training, the officers are awarded a master's degree in Science (Forestry) of Forest Research Institute.[11][12] The officers are taught more than 56 subjects of life sciences in these two years.[11][12]

Officers continue to work in the cadre they are allotted or are deputed to the Government of India.[20]

Till 2008 there was no system of preference of state cadre by the candidates; the candidates, if not placed in the insider vacancy of their home states, were allotted to different states in alphabetic order of the roster, beginning with the letters A, H, M, T for that particular year. For example, if in a particular year the roster begins from 'A', which means the first candidate on the roster will go to the Andhra Pradesh state cadre of the Forest Service, the next one to Bihar, and subsequently to Chhattisgarh, Gujarat, and so on in alphabetical order.[21] The next year the roster starts from 'H', for either Haryana or Himachal Pradesh (if it has started from Haryana on the previous occasion when it all started from 'H', then this time it would start from Himachal Pradesh). This highly intricate system, in vogue since the mid-1980s, had ensured that officers from different states are placed all over India.

The system of permanent State cadres has also resulted in wide disparities in the kind of professional exposure for officers, when we compare officers in small and big and also developed and backward states.[21] Changes of state cadre was permitted on grounds of marriage to an All India Service officer of another state cadre or under other exceptional circumstances. The officer may go to their home state cadre on deputation for a limited period, after which one has to invariably return to the cadre allotted to him or her.[22]

From 2008 to 2017 Forest Service officers were allotted to State cadres at the beginning of their service. There was one cadre for each Indian state, except for two joint cadres: Assam–Meghalaya and Arunachal Pradesh–Goa–Mizoram–Union Territories (AGMUT).[22] The "insider-outsider ratio" (ratio of officers who were posted in their home states) is maintained as 1:2, with one-third of the direct recruits as 'insiders' from the same state.[23] The rest were posted as outsiders according to the 'roster' in states other than their home states,[23] as per their preference.

The National Commission for Scheduled Tribes has proposed the idea of renaming the Indian Forest Service as the ‘Indian Forest and Tribal Service’.[34][35]

Died in the line of duty[edit]

Retrieved from "http://en.turkcewiki.org/w/index.php?title=Indian_Forest_Service&oldid=1094212520"
This website is a mirror of Wikipedia, and is not affiliated with the Wikimedia Foundation.
Categories:
Hidden categories: