ISO 3166-2:UA is the entry for Ukraine in ISO 3166-2, part of the ISO 3166 standard published by the International Organization for Standardization (ISO), which defines codes for the names of the principal subdivisions (e.g., provinces or states) of all countries coded in ISO 3166-1.

Currently for Ukraine, ISO 3166-2 codes are defined for 24 regions, 1 republic, and 2 cities, including codes for the Autonomous Republic of Crimea and Sevastopol which continue to be internationally recognized as part of Ukraine though have been de facto administered by the Russian Federation since the Russian occupation began in 2014. The two cities have special status equal to the regions.

Each code consists of two parts, separated by a hyphen. The first part is UA, the ISO 3166-1 alpha-2 code of Ukraine. The second part is two digits, which is taken from the local standard KOATUU (Ukrainian: КОАТУУ), with the following exceptions: 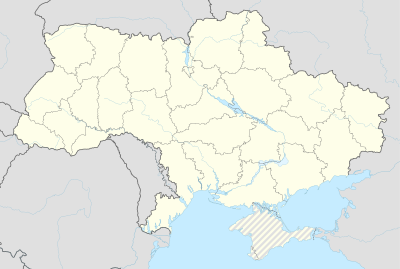 Click on the button in the header to sort each column.

Retrieved from "http://en.turkcewiki.org/w/index.php?title=ISO_3166-2:UA&oldid=946602144"
This website is a mirror of Wikipedia, and is not affiliated with the Wikimedia Foundation.
Categories:
Hidden categories: