Georg Friedrich Knapp (German: [knap]; March 7, 1842 – February 20, 1926) was a German economist who in 1905 published The State Theory of Money, which founded the chartalist school of monetary theory, which argues that money's value derives from its issuance by an institutional form of government rather than spontaneously through relations of exchange.

Knapp studied in Munich, Berlin. and Göttingen, and in 1867 became director of the Statistical Bureau of Leipzig. In 1869 he was appointed assistant professor of economics and statistics in the University of Leipzig.[2] In 1874 he was appointed a professor of political economy at the University of Strasbourg, where he remained until 1918. He was also rector at Strasbourg in 1891–92 and 1907–08.[3]

Knapp was the father of Elly Heuss-Knapp. He raised his two daughters alone, uncommon at the time, after their Georgian-born mother, Knapp's wife, became mentally ill.

The State Theory of Money[edit] 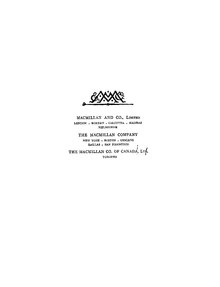 The State Theory of Money, a 1924 English translation of Staatliche Theorie des Geldes.

Knapp is mostly remembered for this book which was translated into English by the Royal Economic Society and published for the first time in the United Kingdom in 1924, nineteen years after its first publication in German.

The State Theory of Money sets about to build a theory which could encompass indifferently monetary systems based on precious metals or paper money. Knapp's approach is naturalistic. As a theorist, he does not want to recommend what the monetary ought to be, nor does he explore how money could be put to use in order to attain certain goals. Drawing almost entirely on examples set in 19th century Europe, he derives from them a genetic and then a functional classification. In the process, the book reveals that some of what had been previously thought to be 'specie' money, was simply what he calls 'chartal hylogenic money'. An avowed Chartalist, Knapp does not advocate paper money pure and simple, he points out effectively that the Metallists with their theory cannot effectively explain some observed phenomena which they call 'anomalies'. To the contrary, Knapp thinks his theory is able to explain the manifold monetary systems mentioned in the book. Apart from its theoretical insights, the book is particularly interesting in that it is a very detailed source of information on 19th century European monetary history, focusing on the following countries: England, France, Holland, Austria and Germany. Due to a lack of financial means, the Royal Economic Society voluntary omitted the translation of Chapter IV which contains a historical review of England, France, Germany, Austria, and appendices containing specific case studies. All the same, even in its abridged English version The State Theory of Money depicts precisely the many changes which happened during the course of the 19th century: a general move from bimetallism to monometallism, the appearance and disappearance of paper money systems (in particular the Austrian one of 1866), the almost systematic use of paper money by the State in case of war alongside existing means of payment, the emergence of bank-notes and the use of Giro payments etc.

His earlier writings deal chiefly with population and agricultural topics.

Georg Friedrich Knappat Wikipedia's sister projects
Retrieved from "http://en.turkcewiki.org/w/index.php?title=Georg_Friedrich_Knapp&oldid=920470665"
This website is a mirror of Wikipedia, and is not affiliated with the Wikimedia Foundation.
Categories:
Hidden categories: