Jump to navigation Jump to search
English-language encyclopedia
Not to be confused with New Catholic Encyclopedia. 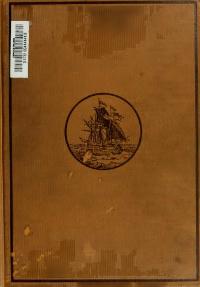 The encyclopedia was designed to serve the Roman Catholic Church, concentrating on information related to the Church and explaining matters from the Catholic point of view. It records the accomplishments of Catholics and others in nearly all intellectual and professional pursuits, including artists, educators, poets and scientists. While more limited in focus than other general encyclopedias, it was far broader in scope than previous efforts at comprehensive Catholic encyclopedias, which covered only internal Church affairs.

It offers in-depth portrayals of historical and philosophical ideas, persons and events, from a Catholic perspective, including issues that divide Catholicism from Protestantism and other faith communities. Since the encyclopedia was first published starting in 1907 and has never been updated (versus the New Catholic Encyclopedia), many of its entries may be out of date either with respect to the wider culture or to the Catholic ecclesiastical world. In particular, it predates the creation of the Vatican City State (1929) and the Second Vatican Council (1962–1965), which introduced many significant changes in Catholic practice: For example, the online version of the entries on Judaism and Islam at newadvent.org states in an editorial note: "To complement this article, which was taken from the 1910 Catholic Encyclopedia, New Advent recommends a prayerful reading of 'Nostra Aetate' from the Second Vatican Council."[6]

The writing of the encyclopedia began on January 11, 1905, under the supervision of five editors:

The first edition was initially printed by Robert Appleton Company. The volumes came out sequentially, the first two in 1907 and the last three in 1912:[7]

The editors had their first editorial meeting at the office of The Messenger, on West 16th Street, New York City. The text received a nihil obstat from an official censor, Remy Lafort, on November 1, 1908, and an imprimatur from John Murphy Farley, Archbishop of New York. This review process was presumably accelerated by the reuse of older authorized publications. In addition to frequent informal conferences and constant communication by letters, the editors subsequently held 134 formal meetings to consider the plan, scope and progress of the work, culminating in publication on April 19, 1913. A first supplement was published in 1922; a second supplement in nine loose-leaf sections was published by The Gilmary Society between 1950 and 1958.

In 1912, a special completely illustrated, commemorative volume was awarded to those patrons who contributed to the start of the enterprise by buying multiple encyclopedia sets early on.[8]

There was controversy over the presence of the Catholic Encyclopedia in public libraries in the United States with nativist protests that this violated the separation of church and state, including a successful appeal in Belleville, New Jersey.[9]

The encyclopedia was later updated under the auspices of The Catholic University of America and a 17-volume New Catholic Encyclopedia was first published in 1967, and then in 2002.

The Catholic Encyclopedia and its makers state that:

The work is entirely new, and not merely a translation or a compilation from other encyclopedic sources. The editors have insisted that the articles should contain the latest and most accurate information to be obtained from the standard works on each subject.

However, "from standard works" allows that some of the articles from European contributors such as Pierre Batiffol (French) and Johann Peter Kirsch (German) had previously been published in whole or in part in Europe and were translated and edited for the Encyclopedia.[10] Those who wrote new articles in English include Anthony Maas and Herbert Thurston.

Under copyright law of the United States, all works published in the United States before 1923 are in the public domain. In 1993, Kevin Knight, then a 26-year-old resident of Denver, Colorado, decided, during the visit of Pope John Paul II to that city for World Youth Day, to launch a project to publish the 1913 edition of the encyclopedia on the Internet. Knight founded the Web site New Advent to host the undertaking. Volunteers from the United States, Canada, France, and Brazil helped in the transcription of the original material. The site went online in 1995, and transcription work ended in 1997.[Volumes 1]

In 2007, Catholic Answers published a watermarked version derived from page scans. This version has since been replaced with a transcription of the Encyclopedia similar to that found at the New Advent site.[Volumes 2] The Catholic Answers transcription, however, is an exact transcription of the original text, whereas the New Advent version at times modernizes certain words (e.g., using the names of Old Testament books found in modern Bibles, such as "1 & 2 Chronicles" and "Obadiah", in place of the Vulgate/Douay–Rheims titles, such as "1 & 2 Paralipomenon" and "Abdias") and Biblical citation formatting (i.e., the Catholic Answers version retains the original's usage of Roman numerals for chapter numbers [e.g., Genesis I,1], while the New Advent version uses Arabic numerals throughout [e.g., Genesis 1:1]).

Other scanned copies of the 1913 Encyclopedia are available on Google Books, at the Internet Archive, and at Wikimedia Commons. Wikisource also hosts a transcription project backed by the scans hosted at Commons.[Volumes 3]

Retrieved from "http://en.turkcewiki.org/w/index.php?title=Catholic_Encyclopedia&oldid=999690588"
This website is a mirror of Wikipedia, and is not affiliated with the Wikimedia Foundation.
Categories:
Hidden categories: