After Independence in 1947, the functions of the Secretariat underwent major changes. Being the seniormost secretary, he doesn't belong to any ministry. A series of committees on economic, defence and intelligence matters was constituted under the Cabinet Secretariat. Most of the departments created after Independence functioned under the Cabinet Secretariat and were later seconded to the respective ministries. The position holder is accountable for ensuring that the civil service is equipped with the skills and capability to meet the everyday challenges it faces and that the civil servants work in a fair and decent environment.

The following are the functions of the Cabinet Secretary: 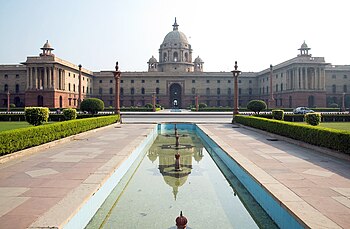 In the Government of India Allocation of Business Rules, 1961, the Cabinet Secretariat finds a place in the First Schedule to the Rules. The subjects allotted to this Secretariat are, firstly, secretarial assistance to Cabinet and Cabinet Committees, and secondly, the Administration of the Rules of Business.

The Cabinet Secretariat is responsible for the administration of the Transaction of Business Rules, 1961 and the Allocation of Business Rules, 1961 of the Government of India, facilitating smooth transaction of business in ministries/departments of the Government by ensuring adherence to these rules. The Secretariat assists in decision-making in Government by ensuring Inter-Ministerial coordination, ironing out differences amongst ministries/departments and evolving consensus through the instrumentality of the standing/ad hoc Committees of Secretaries. Through this mechanism, new policy initiatives are also promoted.

The Cabinet Secretariat ensures that the President of India, the Vice-President and Ministers are kept informed of the major activities of all departments by means of a monthly summary of their activities. Management of major crisis situations in the country and coordinating activities of the various ministries in such a situation is also one of the functions of the Cabinet Secretariat.

The First Administrative Reforms Commission (1966–70) found that the average tenure of the Cabinet Secretary was two years and eight months, which was considered to be inadequate. It recommended a tenure of three to four years. It also wanted that Cabinet Secretary to act as the principal staff officer to the prime minister, the cabinet and the cabinet committees for important matters.

Head of the All India Civil Services[edit]

As head of the Civil Services, the incumbent position holder is accountable for ensuring that the civil services are equipped with the skills and capability to meet the everyday challenges it faces and that civil servants work in a fair and decent environment. The Cabinet Secretary is arguably India's most powerful bureaucrat and the right hand of the Prime Minister of India.[12][15][16]

The salary and emolument in this rank is in pay level 18 which is equivalent to Chief of the Army Staff,[17] but in precedence the cabinet secretary is listed above all other government officers including those from armed forces.[17] It is however a fact, that the warrant of precedence is not an indication of functional or inter-se seniority, and is only referred to for seating at official functions, with no relevance to the day to day business of government.[18]

It was in 1950 when N.R. Pillai was appointed as the first cabinet secretary.[19]

Retrieved from "http://en.turkcewiki.org/w/index.php?title=Cabinet_Secretary_(India)&oldid=1094462893"
This website is a mirror of Wikipedia, and is not affiliated with the Wikimedia Foundation.
Categories:
Hidden categories: