The CUNY Academic Commons is an online, academic social network for community members[1] of the City University of New York (CUNY) system. Designed to foster conversation, collaboration, and connections among the 24[2] individual colleges that make up the university system,[3] the site, founded in 2009, has quickly grown as a hub for the CUNY community, serving in the process to strengthen a growing group of digital scholars, teachers, and open-source projects at the university.

As stated in the site's Terms of Service, members "seek to use the Academic Commons as a means of fulfilling our highest aspirations for integrating technology into our teaching, learning, and collaborating." 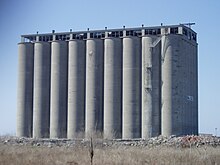 Information can get stuck in Institutional Silos

In their case study of the CUNY Academic Commons, published in On the Horizon, Gold & Otte (2011) note that, prior to the CUNY Academic Commons, little "cross-campus communication" between like-minded faculty and graduate students existed. CUNY was a "loose federation" of campuses, largely represented by static websites. The need for a university-wide means of sharing knowledge was perceived by CUNY Committee on Academic Technology, and discussions began in early 2008 to find a solution.

Nantel (2010), Kaya (2010), and others have similarly observed how information can easily get stuck in institutional "silos". Social networks, like the CUNY Academic Commons, can "help open communications between departments" and improve knowledge transfer (Nantel). While countering the "prospect of missed connections" was a principal reason why the CUNY Academic Commons was formed, serendipitous discovery became a technological goal. Developers of the site (primarily faculty and graduate students) experimented with social media tools to see how best to connect scholars, while not being too intrusive in their daily lives.[4]

Work began in 2008 to create a repository of "learning objects" which could be easily shared and archived, and which were designed to constantly evolve. The Committee on Academic Technology reached out to the various campuses for ideas, and feedback indicated that the site should be "open and organic" and flexible enough to respond to the diverse needs of the faculty. The first beta version of the site was created in February, 2009, and after much tinkering, CUNY Academic Commons was officially launched in December of the same year.  The site has seen "rapid adoption".[5] Membership as of May 2011 was nearly 2000, while the number of blogs on the site was close to 400. By 2017, even after deleting inactive users, membership was estimated at 7900.

From the very beginning, the site was a "space of open experimentation, open communication, and open sharing."  A participatory network encourages "peer-to-peer learning among faculty members" and is "a generative platform" which makes "the professoriate of the largest urban public university system in the world more visible to itself and to a wider public," according to Gold & Otte.

Since funding did not permit a full-service site, a small team of software developers and community facilitators began to shape the Commons with a "self-service approach" in which faculty and graduate students were largely responsible for building their own sites.[7] An open-source model was adopted in which the community as a whole was responsible for testing, defect reporting, and ideas for enhancements.

The CUNY Academic Commons has a strong ethos of giving back to the WordPress and BuddyPress community.  Writing for WPMU.org, Siobhan Ambrose (2011) notes that the site has released many significant BuddyPress plug-ins and regularly shares tips and hacks with the BuddyPress network.

An LMS and a pedagogical hub[edit]

The CUNY Academic Commons been expanded over time to incorporate more robust Learning Management System (LMS) functions, and it has become both a hub for sharing pedagological resources and a tool for teaching courses.[8] Although the site's terms of service state that only faculty, staff, graduate students, and administrators can join,[9] this policy does not appear to be enforced, as anyone with a CUNY email address, including undergraduate students, may register an account and faculty have been using the platform for undergraduate teaching as an open-source alternative to the university's licensed closed-source Blackboard system.[10]

While popular LMS systems such as Blackboard aim to provide academic course spaces for individual courses within institutions, the Commons is designed to facilitate conversation and collaboration among colleagues both within and between colleges in the system. Because of its do-it-yourself, open-source approach to scholarly communication, the Commons has sometimes been characterized as an alternative to LMS systems. Writing in the ProfHacker blog at the Chronicle of Higher Education, for instance, David Parry (2010) finds that "Blackboard and the other bloated Learning Management Systems" interfere with student learning; Parry writes that the CUNY Academic Commons is "an example of what could be done University wide if the instructors wanted to drop Blackboard and commit to a better solution." CUNY teaching projects that share the technical architecture, open source ethos, and DIY approach of the Commons include [email protected] and [email protected], and Looking for Whitman.

Many reviews in the current literature[11][12][13][14] point out similarities between the CUNY Academic Commons and Facebook. But as Kaya (2010) contends in the Chronicle of Higher Education, Facebook does not offer the kind of academic interaction that is available with sites such as the CUNY Academic Commons which "mix serious academic work, and connections among working scholars." Indeed, the CUNY Academic Commons emphasizes the "productivity oriented features of social networking" and "collaborative academic work" (Gold & Otte) that is not generally found in commercial social networks. As Gold (2011) writes in "Beyond Friending: BuddyPress and the Social, Networked, Open-Source Classroom" that students are often reluctant to mix social networks with academic networks. Faculty too, it may be inferred, value distinct, professional networks where they can focus on their scholarship.

CUNY Academic Commons is built entirely with open source software: WordPress with Multisite, BuddyPress and MediaWiki. It uses MYSQL as a database and runs under Linux. BuddyPress, a powerful WordPress plug-in which transforms a multi-user WordPress site into a social network, serves as the site's hub. As one of its spokes, MediaWiki is seamlessly integrated into the site and lets users collaborate on projects and build knowledge bases. Users are allowed to create as many blogs and groups as they want. As Lamb & Groom (2011) write in Educause: "the jaw-dropping CUNY Academic Commons … seamlessly integrates the open-source … platforms into an appealing and highly sustainable environment."

In November, 2011, the CUNY Academic Commons received a $107,500 grant from the Alfred P. Sloan Foundation to create Commons in a Box, a "new open-source project that will help other organizations quickly and easily install and customize their own Commons platforms".[15] Writing in the Chronicle of Higher Education, Jennifer Howard notes that the CUNY Academic Commons will first "work with the Modern Language Association on a pilot project to create an 'MLA Commons' for its more than 30,000 members" to help promote their scholarship.[16]

At their 5th Annual International Symposium for Emerging Technologies for Online Learning on July 25–27, 2012, the Sloan Consortium presented an award to the CUNY Academic Commons for effective practices in online and blended education. "The CUNY Academic Commons: Social Network as Hatchery" was one of six winning practices recognized for a number of criteria, including "innovation and replicability" and the ability to advance “the goals of access, learning effectiveness, faculty and student satisfaction, and scalability.”[17]

The tag line from the site's brochure - "What will you build?" is a good introduction to the diverse materials posted on the CUNY Academic Commons. The following links provide examples of what is available on the site:

Retrieved from "http://en.turkcewiki.org/w/index.php?title=CUNY_Academic_Commons&oldid=967109490"
This website is a mirror of Wikipedia, and is not affiliated with the Wikimedia Foundation.
Categories:
Hidden categories: