Behavioral geography is that branch of human science, which deals with the study of cognitive processes with its response to its environment, through behaviorism.

Because of the name it is often assumed to have its roots in behaviorism. While some behavioral geographers clearly have roots in behaviorism[1][2] due to the emphasis on cognition, most can be seen as cognitively oriented. Indeed, it seems that behaviorism interest is more recent[3] and growing.[1] This is particularly true in the area of human landscaping.

Behavioral geography draws from early behaviorist works such as Tolman's concepts of "cognitive maps". More cognitively oriented, behavioral geographers focus on the cognitive processes underlying spatial reasoning, decision making, and behavior. More behaviorally oriented geographers are materialists and look at the role of basic learning processes and how they influence the landscape patterns or even group identity.[4]

The cognitive processes include environmental perception and cognition, wayfinding, the construction of cognitive maps, place attachment, the development of attitudes about space and place, decisions and behavior based on imperfect knowledge of one's environs, and numerous other topics.

The approach adopted in behavioral geography is closely related to that of psychology, but draws on research findings from a multitude of other disciplines including economics, sociology, anthropology, transportation planning, and many others.

The Social Construction of Nature[edit]

Nature is the world which surrounds us, including all life (plants, animals, organisms, humans, etc.) and physical features. Social Construction is the way that human beings process the world around us in our minds. According to Plato's 'Classical Theory of Categorization', humans create categories of what they see through experience and imagination.[5] Social constructionism, therefore, is this characterization that makes language and semantics possible.[5] If these experiences and imageries are not placed into categories, then the human ability to think about it becomes limited.[5]

The social construction of nature looks to question different truths and understandings for how people treat nature, based on when and where someone lives. In academic circles, researchers look at how truths exist (ontology) and how truths are justified (epistemology).[5] Construction is both a process and an outcome, where people's understandings of the word nature can be both literal and metaphorical,[6] such as through giving it a human quality (Mother Nature).[7] It can also be used to discredit science or philosophy.[6]

As a subset of behavioral geography, the social construction of nature also includes environmental ethics and values, which affect how humans treat, and interact with, the natural environment. It incorporates ideas from environmental science, ecology, sociology, geography, biology, theology, philosophy, psychology, politics, economics, and other disciplines, to bring together the social, cultural and environmental dimensions of life. Social constructionism uses a lot of ideas from Western world thinking, but it is also incorporates truths from other world views, such as the Traditional Knowledge of Aboriginal groups, or more specifically ecofeminism[8][9] and cosmology[9] in India or ubuntu[10] philosophy in Africa, for example. It is also related to postmodernism[11] and the concept of the Anthropocene,[12] that views humans as a force that is redirecting the geological history of Earth,[7] destroying nature.[13] 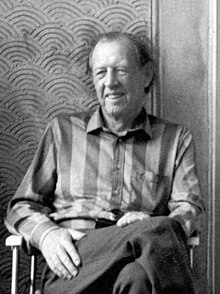 Raymond Williams, author of Keywords: A vocabulary of culture and society (1983).

There are many ways of understanding and interpreting nature.[7] According to Raymond Williams, there are three ways to give meaning to (or define) nature:

According to Raymond Williams, language plays a role in how we understand, interpret, and give meaning to nature.[7] This is how multiple truths can be valid at the same time.[5][7]

The Role of Mental Maps[edit]

Humans have the ability to create images of their environments through experiences in their mind.[14] These experiences allow us to create mental maps where we can create memories associated to space.[14] It is a two-way process where the environment provides suggestions for what should be seen, and then the observer gives meaning with those suggestions.[14]

These images have three parts:

According to Kevin Lynch, the environmental images (or mental maps) that we make can either be weak or strong, where the process is ongoing and never stops.[14]

Science occurs at many dimensions and scales that do not consider culture, but can be motivated by politics, economics and ethics.[15] Scientific knowledge consists of concepts and analysis, and is a way to represent nature.[11]

According to Michel Foucault, a truth does not have to be close to reality for it to be worth something or have power.[15] For Carolyn Merchant, science can only be given power if a truth is interpreted as having worth.[15]

Critical realists reject the idea of relativism and rely more on natural sciences.[11] Pragmatists have no set opinion on the matter and rely on social science and ethics, instead.[11]

According to Richard Rorty, relativism is relevant to pragmatism in three ways:

According to Gilbert White, pragmatism has four main assumptions:

Being pragmatic is the more accepted school of thought for social construction being a relative concept.[11] 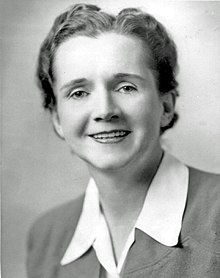 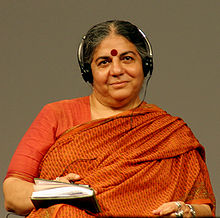 Nature can be socially constructed by both culturally interpreting and physically shaping the environment.[17] This can happen in three ways:

Constructions can also be categorized by giving them meaning through the process of embodiment,[5] which has three components:

No matter how nature becomes socially constructed, though, the process itself is limited by three dimensions:

Criticism on the Social Construction of Nature[edit]

The social construction of nature has room for improvement in four main areas:

Retrieved from "http://en.turkcewiki.org/w/index.php?title=Behavioral_geography&oldid=964726902"
This website is a mirror of Wikipedia, and is not affiliated with the Wikimedia Foundation.
Categories:
Hidden categories: