The at sign, @, is normally read aloud as "at"; it is also commonly called the at symbol or commercial at. It is used as an accounting and invoice abbreviation meaning "at a rate of" (e.g. 7 widgets @ £2 per widget = £14),[1] but it is now seen more widely in email addresses and social media platform handles.

The absence of a single English word for the symbol has prompted some writers to use the French arobase[2] or Spanish and Portuguese arroba, or to coin new words such as ampersat,[3] asperand,[4] and strudel,[5] but none of these has achieved wide use. The term alphasand is sometimes used, especially in East Asia.[citation needed]

Although not included on the keyboard of the earliest commercially successful typewriters, it was on at least one 1889 model[6] and the very successful Underwood models from the "Underwood No. 5" in 1900 onward. It started to be used in email addresses in the 1970s, and is now universally included on computer keyboards. 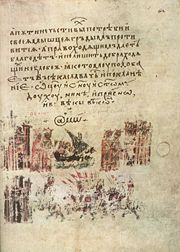 The Aragonese @ symbol used in the 1448 "taula de Ariza" registry to denote a wheat shipment from Castile to the Kingdom of Aragon.[7]

The earliest yet discovered symbol in this shape is found in a Bulgarian translation of a Greek chronicle written by Constantinos Manasses in 1345. Held today in the Vatican Apostolic Library, it features the @ symbol in place of the capital letter alpha "Α" in the word Amen. Why it was used in this context is still a mystery. The evolution of the symbol as used today is not recorded.

Whatever the origin of the @ symbol, the history of its usage is more well-known: it has long been used in Spanish and Portuguese as an abbreviation of arroba, a unit of weight equivalent to 25 pounds, and derived from the Arabic expression of "the quarter" (الربع pronounced ar-rubʿ).[8] An Italian academic, Giorgio Stabile, claims to have traced the @ symbol to the 16th century, in a mercantile document sent by Florentine Francesco Lapi from Seville to Rome on May 4, 1536.[9] The document is about commerce with Pizarro, in particular the price of an @ of wine in Peru. Currently, the word arroba means both the at-symbol and a unit of weight. In Venetian, the symbol was interpreted to mean amphora (anfora), a unit of weight and volume based upon the capacity of the standard amphora jar since the 6th century.

Until now the first historical document containing a symbol resembling a @ as a commercial one is the Spanish "Taula de Ariza", a registry to denote a wheat shipment from Castile to Aragon in 1448; even though the oldest fully developed modern @ sign is the one found on the above-mentioned Florentine letter.[9]

In contemporary English usage, @ is a commercial symbol, meaning at and at the rate of. It has rarely been used in financial ledgers, and is not used in standard typography.[10]

In 2012, "@" was registered as a trademark with the German Patent and Trade Mark Office.[11] A cancellation request was filed in 2013, and the cancellation was ultimately confirmed by the German Federal Patent Court in 2017.[12]

A common contemporary use of @ is in email addresses (using the SMTP system), as in [email protected] (the user jdoe located at the domain example.com). BBN Technologies' Ray Tomlinson is credited with introducing this usage in 1971.[13] This idea of the symbol representing located at in the form [email protected] is also seen in other tools and protocols; for example, the Unix shell command ssh [email protected] tries to establish an ssh connection to the computer with the hostname example.net using the username jdoe.

On web pages, organizations often obscure email addresses of their members or employees by omitting the @. This practice, known as address munging, makes the email addresses less vulnerable to spam programs that scan the internet for them.

On some social media platforms and forums, usernames are in the form @johndoe; this type of username is frequently referred to as a "handle".

On online forums without threaded discussions, @ is commonly used to denote a reply; for instance: @Jane to respond to a comment Jane made earlier. Similarly, in some cases, @ is used for "attention" in email messages originally sent to someone else. For example, if an email was sent from Catherine to Steve, but in the body of the email, Catherine wants to make Keirsten aware of something, Catherine will start the line @Keirsten to indicate to Keirsten that the following sentence concerns her. This also helps with mobile email users who cannot see bold or color in email.

In microblogging (such as Twitter and GNU social-based microblogs), @ before the user name is used to send publicly readable replies (e.g. @otheruser: Message text here). The blog and client software can automatically interpret these as links to the user in question. When included as part of a person's or company's contact details, an @ symbol followed by a name is normally understood to refer to a Twitter ID. A similar use of the @ symbol was also made available to Facebook users on September 15, 2009.[14] In Internet Relay Chat (IRC), it is shown before users' nicks to denote they have operator status on a channel.

In American English the @ can be used to add information about a sporting event. Where opposing sports teams have their names separated by a "v" (for versus), the away team can be written first - and the normal "v" replaced with @ to convey at which team's home field the game will be played.[15] This usage is not followed in British English, since conventionally the home team is written first.

@ is used in various programming languages and other computer languages, although there is not a consistent theme to its usage. For example: 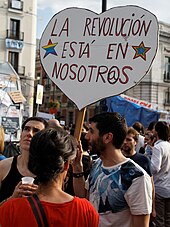 In Spanish, where many words end in "-o" when in the masculine gender and end "-a" in the feminine, @ is sometimes used as a gender-neutral substitute for the default "o" ending.[33] For example, the word amigos traditionally represents not only male friends, but also a mixed group, or where the genders are not known. The proponents of gender-inclusive language would replace it with [email protected] in these latter two cases, and use amigos only when the group referred to is all-male and amigas only when the group is all female. The Real Academia Española disapproves of this usage.[34]

Bicameral Ⓐ/@ letter as used in the Koalib language.

X-SAMPA uses an @ as a substitute for ə, which it resembles in some fonts.

In some communities, @ is, against current trends, appended to the end of the nick, e.g. [email protected], to preserve its original meaning − "<nick> at (this site/community)".

Names in other languages[edit]

In many languages other than English, although most typewriters included the symbol, the use of @ was less common before email became widespread in the mid-1990s. Consequently, it is often perceived in those languages as denoting "the Internet", computerization, or modernization in general. 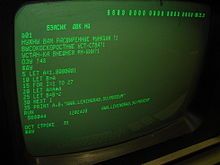 Retrieved from "http://en.turkcewiki.org/w/index.php?title=At_sign&oldid=970659213"
This website is a mirror of Wikipedia, and is not affiliated with the Wikimedia Foundation.
Categories:
Hidden categories: