Jump to navigation Jump to search
Type of Artillery rocket

The 9M21 rockets are mounted on a wheeled 9P113 transporter erector launcher (TEL) based on the ZIL-135 8x8 army truck. The TEL features a large hydraulic crane used for reloading rockets from 9T29 transporters (also ZIL-135 based). The 9M21 has a range up to 70 km and a CEP (circular error probable) between 500 m and 700 m. The road mobile rocket has a 550 kg warhead and is capable of delivering high explosive, nuclear, or chemical warheads.

Six of the initial version of the 9M21 were in Cuba during the missile crisis in October 1962.[citation needed] These missiles, which were ready to fire, had nuclear warheads installed.[citation needed] A further 70 warheads were stockpiled on the island.[dubious – discuss]

The Luna was later extensively deployed throughout some Soviet satellite states. The rocket has been widely exported and is now in the possession of a large number of countries.

In what became its first use in combat, Syrian forces fired a FROG-7 barrage at Galilee on 7 October and 8 October 1973, in the course of the Yom Kippur War. Although aimed at Israeli air bases such as Ramat David, the rockets struck several Israeli settlements. These inintended attacks on civilians gave Israel the justification to launch a sustained air campaign inside Syria itself.[1]

Starting in 2012, during the Syrian Civil War, the Syrian Army fired several FROG-7 rockets against different areas under control of different insurgent formations.[2]

Iraq made intensive use of FROG-7 rockets in the war with Iran (1980-88), with little accuracy.[3] After the war with Iran, Iraq modified its stock of 9M21s by extending their range to 90 km and fitting a submunition-carrying warhead. The upgraded rocket was renamed Laith-90.[4] On 21 February 1991, during operation Desert Storm, Senegalese troops were hit hard by a Laith-90. Eight Senegalese soldiers were wounded in action as a result.[5]

During the 2003 invasion of Iraq, the Headquarters of the 2nd Brigade, US 3rd Infantry Division, Tactical Operations Center (TOC) of U.S Col. David Perkins, was targeted and struck by either an Iraqi FROG-7[6] rocket or an Ababil-100 SSM missile, killing three soldiers and two embedded journalists. Another 14 soldiers were injured, and 22 vehicles destroyed or seriously damaged, most of them Humvees.[7][8]

In the course of the Yugoslav Wars, Serb forces launched FROG-7 rockets on a number of Croatian towns, like Orašje, in the outskirts of Zupanja,[9] on 2 December 1992, where several civilians were killed,[10] or the capital Zagreb, on 11 September 1993, while the battle of Medak Pocket was still going on.[11] 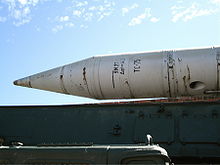 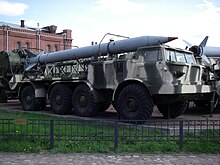 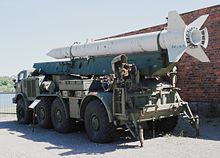 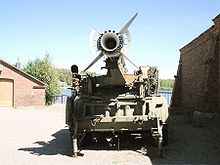 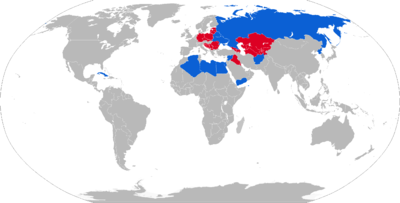 Retrieved from "http://en.turkcewiki.org/w/index.php?title=9K52_Luna-M&oldid=962252154"
This website is a mirror of Wikipedia, and is not affiliated with the Wikimedia Foundation.
Categories:
Hidden categories: